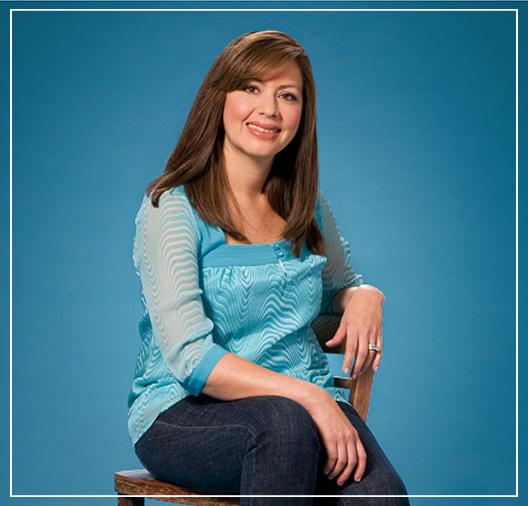 When she arrived from Mexico as a young girl, America Corrales (pictured above) spoke no English and had just lost her mother. Now she’s been hand-picked by Kahala to be the next hot restaurant franchise in the United States and abroad.

A Rough Beginning and a New Life

Life has not always been easy for America Corrales.  The youngest of six children, she was only 14 when her mother died, and she was sent away from her hometown of Culiacan, Sinaloa in northwestern Mexico, to live with an older brother in Tempe, Arizona. When she arrived, America spoke no English, but she had a couple of things going for her: a collection of her mother’s handwritten recipes, and green card status, which her forward- thinking father had established for America and her siblings when he was a farm worker in California — not much for a 14 year-old-girl whose whole world has just crumbled, but one day this humble legacy from her parents would dramatically change her life.

America learned English in high school, and then went to college for a degree in elementary education. When she met and married Phoenix native Terry Bortin, her life seemed like it was finally coming together; she would teach first grade and they would raise a family. Becoming an entrepreneur was the furthest thing from her mind.

After some disastrous investments in real estate, they needed to straighten out their family’s finances in a hurry.

As she began married life, America prepared her mother’s treasured recipes for her husband and friends, and her cooking got rave reviews. This wasn’t the generic Mexican food served at the big chain restaurants, but Authentic North Western Mexican cuisine — a fresher, more sophisticated fare, distinguished by fresh herbs, citrus marinades, and feather light flour tortillas — a cuisine that would appeal to a new generation of diners, the so-called “foodies” that are health conscious, want seasonal ingredients produced locally, but above all, great taste. A restaurant manager by trade, Terry Bortin was certain they could build a successful business by marketing to this demographic.

As often happens, fate came along to give the Bortins the push they needed to get started. After some disastrous investments in real estate, they needed to straighten out the growing family’s finances in a hurry. On a 16-hour drive back from a family gathering in Mexico, they decided it was time to start a business of their own, with America’s family recipes as the centerpiece. A broker helped them find an old house in a rezoned area with the right kind of homey ambience, and funded by personal loans, they opened the doors of the first America’s Taco Shop — named for America.

“When we opened the restaurant, we thought we’d have something that would pay the bills. We never had a conversation about opening up a second location, not one.”

As it happened, their timing couldn’t have been better. Specializing in carne asada (roasted beef) and al pastore (pork), America’s Taco Shop was an immediate success, driven in part by a tremendous amount of media attention. Arizonians fancy themselves as connoisseurs of Mexican food, and one they tasted America’s recipes, there was tremendous word of mouth. “We would get about three mentions a month in print, in television etc.” said Terry Bortin. “Each bit of press brought in a new group of customers. And we got to the point where we were on people’s radar, and they were out there looking for us.”

“When we opened the restaurant, we thought we’d have something that would pay the bills,” says Terry Bortin. “We’d work six days, and be closed on Sundays and that would be family time, and that would be our life. We never had a conversation about opening up a second location, not one.”

Now there are franchises in Arizona, California, Texas, Maryland and Florida.

However, six months after opening the original location, the Bortins recognized that America’s Taco Shop was more than just a popular new restaurant, a “flavor of the month” soon to be replaced by yet another hot restaurant. What they had tapped into was not a fad, but a fundamental change in American dietary habits. Now, there were vast numbers of consumers who wanted something more than the factory-produced foods churned out by chain restaurants. These new consumers wanted “authentic” cuisine, fresh made daily from local ingredients, not some generic, quick-frozen dish designed by a corporate chef, and reheated by a local franchise.

Armed with this understanding, and the treasure-trove of America’s mother’s authentic recipes, the Bortins had enough confidence to expand. We can do this again, they thought; and their broker found them another location and then a third location, so at the end of 18 months they had three locations.

The combination of excellent food and a well-organized business garnered a lot of accolades and awards, including the title, “The Best Carne Asada in the Valley.” Needless to say, it has attracted a lot of admirers for America’s Taco Shops, not only customers, but savvy entrepreneurs as well. Kevin Blackwell, the CEO of Kahala, who already had Coldstone Creamery, Blimpies and several other high profile quick service food franchises in his stable, was looking for a restaurant in the southwest to franchise. His criteria:

* It had to be distinctive

After reviewing over fifty possibilities, Blackwell chose America’s Taco Shop, which happened to be right in his backyard in the Phoenix area.

Since America’s Taco Shop was still in its infancy as a business, America and Terry hadn’t consider franchising. But when Blackwell approached them, it all made sense. Franchising was a way to grow, while taking advantage of both the authentic northwestern Mexican menu developed by America, and Terry’s business systems, without having to do all the work themselves. After a short period of deliberation, they decided to join forces with Kahala in 2011.

Since doing so, their lives have changed. The Bortins still maintain control of the original four restaurants in the Phoenix area, but now they spend a lot of time on quality control of the new franchises, training both the new franchisees and their employees, and spreading the gospel of America’s Taco Shop around the country. In order to retain its authenticity as it grows, Kahala and the Bortins are looking for franchisees who truly appreciate their traditions and value authenticity. As Terry Bortin says, ““Our customers are foodies, and our franchisees should be foodies too.”

Now there are franchises in Arizona, California, Texas, Maryland and Florida with more in development. And Kahala has plans not only to expand to the rest of the United States, but to go global in the coming years as well.

this is incredible, congrats to America for her success…