Indo-Brit immigrant builds $10 million business unblocking drains. Here’s how he did it in 10 years.

Fueled by his “immigrant mentality,” Patrick Patel become the owner of:

Getting Started In the US

Born in the United Kingdom of Indian parents, Patrick Patel was a good student, earning a degree in finance, and then a masters in information technology, but he had an itch to travel and to immerse himself in  different cultures — passions which brought him to Los Angeles in 2002 to work as an IT analyst for a European firm.  “I wanted to experience working life in another country while I wasn’t married and didn’t have any ties,” he explains.

With no family or friends in the United States, he was frequently bored and lonely, but became friendly with an elderly couple who ran a small hotel in Ventura. To repay their friendship, Patel helped out around the hotel in his spare time,  fixing broken toilets and window screens.  Eventually, the grateful couple persuaded him to buy the hotel from them, and offered to owner-finance the deal. In order to pull together the down payment, he took his savings and sold everything that he had, including his old car. “That’s how I accidentally became the owner of a 25-room hotel in Ventura County,” he says.

My parents were horrified. I had a masters degree, and I was making beds and cleaning toilets. They actually flew over from London because they were afraid I’d had a breakdown!

Learning to Run a Business, the Hard Way

At first, Patel naively thought that running the small hotel would be easy. “A customer walks in and you hand them a key and you take their money and that’s the business,” he recalls thinking. His plan was to keep his day job in IT and work at the hotel on the weekends. But the hotel required all of his attention. He became the front desk person, the maid, the laundry person, the handyman and the telephone operator, answering phone calls 24 hours a day.  “My parents were horrified,” he says. “I had a masters degree, and now I was making beds and cleaning toilets. They actually flew over from London because they were afraid I’d had a breakdown!”

Get more information about a Mr. Rooter franchise here

Doing most of the restoration work himself, Patel slowly improved the hotel, but plumbing repairs continued to nag him. It was too complex for a do-it-yourselfer, so Patel finally hired a contractor on the condition that they would teach him the basics of plumbing during the job.

Now we have something over 50 trucks on the road and nearly a hundred employees,” says Patel. “We’re the largest Mr. Rooter in the country, or in the world.

Knowing how to do plumbing gave Patel the confidence to acquire more businesses, growing from one hotel to three hotels.  Ironically, once his holdings had multiplied, Patel was simply too busy to handle the repairs himself, but when he hired plumbing contractors he was disappointed in their service. “They’d show up late; and they’d act like they were doing me a favor by coming,” says Patel. Even though he didn’t know the business, he knew that he could do better than the contractors he was using. Soon thereafter, Patel had a chance to prove it.

A Mr. Rooter franchise became available through an estate sale. Even thought he’d never run a plumbing business, he knew the brand, and was confident he could build it up, so he jumped at the opportunity and went right to work. “I remember going to Office Depot on a Wednesday and buying a computer and a desk, a filing cabinet, a stapler and some pencils, and on Thursday we were taking phone calls.”

In 2014, Patel was named Mr. Rooter’s franchisee of the year, for the entire worldwide operation.

Back in 2011, the Mr. Rooter franchise was a relatively small operation, with two trucks and three employees, but the franchise owned both Ventura and Santa Barbara counties with a population just under a million people, so there was room to grow.  And under Patrick Patel’s enthusiastic direction, the franchise has grown by leaps and bounds. “Now we have something over 50 trucks on the road and nearly a hundred employees,” says Patel. “We’re the largest Mr. Rooter in the country, or in the world. Mr. Rooter is in every city in America, and in Canada and the United Kingdom.”  And in 2014, Patel was named Mr. Rooter’s franchisee of the year, for the entire worldwide operation. 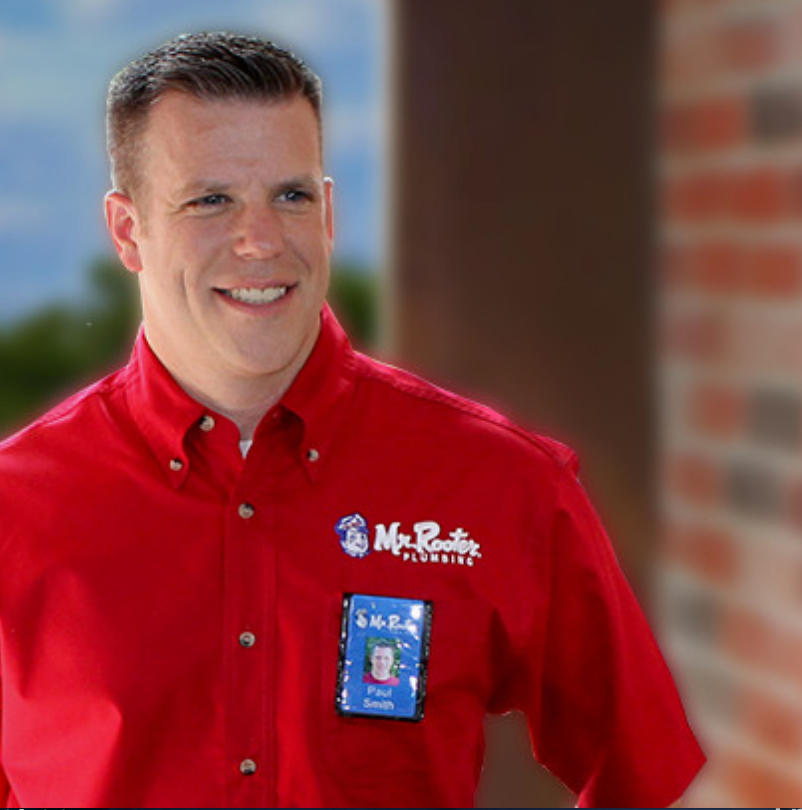 Obviously, not every business takes off like Patel’s Mr Rooter franchise, but according to him, his success is not that big a mystery.  He’s a firm believer in business fundamentals,  in particular, providing stellar customer service and a great customer experience.  “I don’t really think it matters what you do, providing a service or a product,” says Patel. “The principles are the same. So, I jumped in with both feet and tried to make it something that I would be proud of. I tried to build a business with a good reputation that treated its customers right.”

“You kind of enjoy being the underdog, and that’s what drove us to overcome Goliath and take over the number one spot in the system. It’s part of the immigrant mentality.”

From the very beginning, Patel focused on finding the right people for his new company. “I believe in building a great team and worth ethic,” he says, adding that the culture of the organization is critically important. He spends a lot of time with his team, both at work, and afterwards. “If I didn’t enjoy their company and feel that they share the same philosophy as myself, I don’t think we’d be as successful,” says Patel.  “It’s a people business, and people want to be part of something that’s bigger than themselves.”

Business isn’t really that complicated. For me, the basic building blocks are based around developing a culture, having a clear goal in mind in developing that team that will follow that goal.”

In addition, Patel attributes some of his success with Mr. Rooter to his underdog status. His territory in California is a fraction of the size of nearby Los Angeles County, but his operation is the top performer. “Everybody said that we couldn’t be the number one franchise in the system in the country,” says Patel. “You kind of enjoy being the underdog, and that’s what drove us to overcome Goliath and take over the number one spot in the system. It’s part of the immigrant mentality.”

The United States offers an opportunity that really doesn’t discriminate if you’re white, black, Indian, Chinese, Mexican. I really believe that if you want to do something  then you have the opportunity to do so in this country”

Patel is keenly aware of the opportunities that came his way during his incredible rise to success, from the friendship of the elderly hotel owners, to the sudden availability of a Mr. Rooter franchise in Ventura County, but according to Patel, it’s not enough to get opportunities, you must act of then in a timely fashion. “Everybody gets opportunities,” he says. “It’s just a matter whether you’re willing to take those opportunities. Most of the time, opportunities don’t come at the right time. They usually come at the wrong time, but you either take them and you jump in and have the belief that you can accomplish that or you don’t.”

Patel also recognizes that where the opportunities occur can make a critical difference, and like most immigrant entrepreneurs, he understands and celebrates the unique business environment entrepreneurs find in the United States. “The American Dream is still alive,” says Patel. ” The United States offers an opportunity that really doesn’t discriminate if you’re white, black, Indian, Chinese, Mexican. I really believe that if you want to do something  then you have the opportunity to do so in this country.”

“I have four hotels now and the Mr. Rooter plumbing business. And I have a restoration company, Rainbow International, another Dwyer Group concept. I also have a construction company called Pacific Coast construction services. It’s been a wild ride and if you had told me in 2001 that I would own hotels, a plumbing business and a restoration business, I would have laughed.”

1. Success comes down to three things:

Business isn’t really that complicated. People tend to overcomplicate it. You can have all the spreadsheets in the world. For me, the basic building blocks are based around developing a culture, having a clear goal in mind in developing that team that will follow that goal.

2. There are always sacrifices

I don’t believe there are any successes without sacrifices, and I think the people that are successful are usually the ones that`sacrifice something, whether it’s time or money….If you’re willing to sacrifice and you put your mind to it, then you can do whatever you want to do.

You’ve got to know what you want to achieve. Then it’s a question of how you’re going to achieve it. But if you don’t know what first, then it’s difficult to achieve anything.

Find Out More About All 29 Neighborly Franchise Opportunities

What’s the Best Franchise for Immigrants?

Eight Commonsense Ways to Build Value in Your Company

this article certainly shows the entrepreneurial spirit, and reminds us what hard work and determination to success can accomplish!

I liked Mr. Petel’s reminder that opportunities don’t always come at the right time, but you have to take them anyway to succeed…