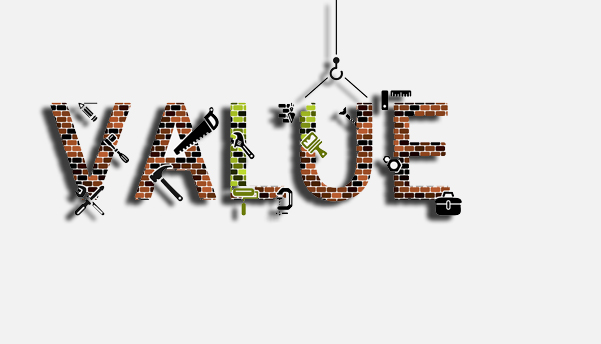 Hard work, common sense and a commitment to customer service can build tremendous value in a company – and potentially lead to a very big payoff.

Ten years ago, two brothers from South Africa came to America looking to make it in the music business. After studying at Boston’s fabled Berklee College of Music, Gary and Dean Levitt moved to New York City where they made ends meet by working in restaurants.  While trying to get their music careers off the ground, they developed a email marketing program, designed for artists and musicians like themselves trying to promote themselves and stay in touch with booking agents, music supervisors, and clubs. They called the product Mad Mimi.

Today Mad Mimi is virtually a cult product revered by a community of customers for its simplicity, functionality, low cost and outstanding customer service.  Mad Mimi’s sterling reputation is why GoDaddy.com acquired it in 2014. Recently we held conversations with both Gary and Dean Levitt about how they built value into Mad Mimi.

What emerged from our conversations is an eight point template for building a business of lasting value.

Related: How to Sell Your Company, Part One

1. Don’t Listen to the Marketplace, Build Something You Can Love

CEO Gary Levitt claims he doesn’t listen to customers when involved with product development. He  believes he is far more precise and demanding than any customers could ever be. He says, “in order to generate value, I ask myself, ‘what would make me feel tingly, and what would make me feel thrilled. Not just satisfied, not just problem solved, but what would be my ultimate experience, assuming  that I was the customer.”

By contrast, Levitt thinks the development process used by much of the industry borders on the absurd and results in ‘crappy products.’ “Companies  come up with an idea, then they get customer feedback, and then they rinse and repeat. You can’t take a bunch of attributes, sew them together and put in a special feature and create value. What you get instead is a franken-product.”

2. Be Patient in Finding Customers, Then Seduce Them with a Delightful Experience

Ever the inconiclast, Gary Levitt cautions entrepreneurs not to worry too much about customers in the early going. He says, “If you have your head screwed on somewhat straight there will be enough people in the world who will share your sentiment. You are not going to find them at the beginning. They don’t come out of the woodwork until after you have already expressed your vision; they simply don’t.”

Does this mean you should never listen to your customers? Not at all, say the Levitt brothers; there’s just a time and place for everything in the development cycle. The essence of building value as a small entrepreneurial entity, according to Gary, is summed up in a play off of a famous quote from Winston Churchill: “‘When you’re a small company and you only listen to what the customers say, you have no soul, and if you’re a big company and you don’t listen to what your customers say, you have no brains.’

3. Build Your Corporate Culture on a Service Model

The Mad Mimi customer acquisition strategy is a by-product of the Levitt brothers’ experience working as busboys and bartenders in New York City. In high-end restaurants, the goal is not to service one person at at time, but to make all customers feel that they are being served simultaneously, even when the restaurant is busy.

“I want the level of service that would blow my mind if Microsoft or AT&T responded to me in this way,” says Gary Levitt. This approach was part of Mad Mimi from the outset. Dean Levitt recalls that before they had employees the two brothers would take turns sleeping so that one of them would always be available to handle customer service questions. Furthermore, they would write personal notes welcoming each new subscriber to the service.”We gave customers this experience, and then social media took care of us,” says Gary Levitt, adding,  “We had a double benefit: excellent customer service and easy organic growth.”

4. Be Patient in Hiring Employees, and then Hold Onto Them!

From the beginning, the Levitts used an inexpensive but high-touch approach to hiring. All openings were posted on Craigs List. They were looking for people who already had some knowledge of Mad Mimi, and wanted to work at home. Then they focused more on the cover letters than the resume. According to Dean Levitt, who claims he only reads the cover letters, “We look, first and foremost for people who communicate the same way the team does. People who write with an informality and a little bit of cheekiness and humor are the people I prioriitize.”  By hiring people who already possess knowledge of the product, subtle communication skills, plus an expressed desire to work remotely, made training is a much easier proposition, and virtually eliminated employee churn.

5.  Spend Money to Enhance Value, Not to Stroke Your Ego

The Levitt brothers have never believed in spending money on fancy office space, big salaries, or expensive advertising or public relations campaigns, but have always been willing to open the checkbook for  talent and quality of service. “I would spend on anything that would result in us performing faster or would result in us being more optimized,” says Gary Levitt.

However, this approach did not typically extend to new product features. Often, when large customers, who were already benefitting from low prices,  suggested new features, the Levitts were able to get them to fund the additional development. Their rule of thumb is new features must be helpful to all Mad Mimi customers, not just a few. Otherwise, they feel, the product’s unique proposition might be compromised for their community of users.

Our competitors are overloading the enterprise customer with feature after feature, and they’re adding fees with each one, whereas we’re doing just one thing and we’re doing it well. — Gary Levitt

6. Stay True to Your Customer Base

Most of Mad Mimi’s competitors are loaded with tools that are not appropriate or desired by Mad Mimi’s customer base. The Levitts feel that their simpler interface is a plus, because they’re catering to the small business user instead of enterprise customers. “Our competitors are overloading the enterprise customer with feature after feature,” says Gary, ” and they’re adding fees with each one, whereas we said we’re doing one thing and we’re doing it well.”

The Levitts are steadfast in embracing simplicity in their product, and they’re very open with potential customers that need complexity. Instead of trying to serve them, they recommend a competitor, which allows them to keep their prices low and stay true to their customer base.

While it makes good business sense to respect the competition, Gary Levitt says he made mistakes in the early days of Mad Mimi by believing he had to match their offerings, and also, believing that his customers were price shopping available email marketing products.  Subsequent research has shown that Mad Mimi’s user community, which was acquired primarily through word of mouth, is simply not that aware of what other email marketing products are doing. “It was naive of me to think that the customers were sitting there comparing me to competing products,” says Levitt.  “As I look back, I would probably pay a little bit less attention to my competitors and I would  have a little bit more confidence, and I would do a little more investigation.

Although Mad Mimi was envisioned from the start as a simple, drop-and-drag tool, the Levitts always believed that design was a  key differentiator, and an integral part of the experience of using the product, and of interacting with the Mad Mimi support team.

“Design is the glue,” says Dean Levitt. ” It’s a confidence builder for your customers, and it makes the tool easier to use, and it makes customer support easier to give.”  He also believes design helps with customer retention.”We made design a feature,” he says, adding, “Once you have something beautiful, you don’t move to something ugly.”

7 Steps to Selling Your Company: How to Come out on Top

I love the idea that Levitt says he trusts his own instinct vs. whatever some market data suggests…