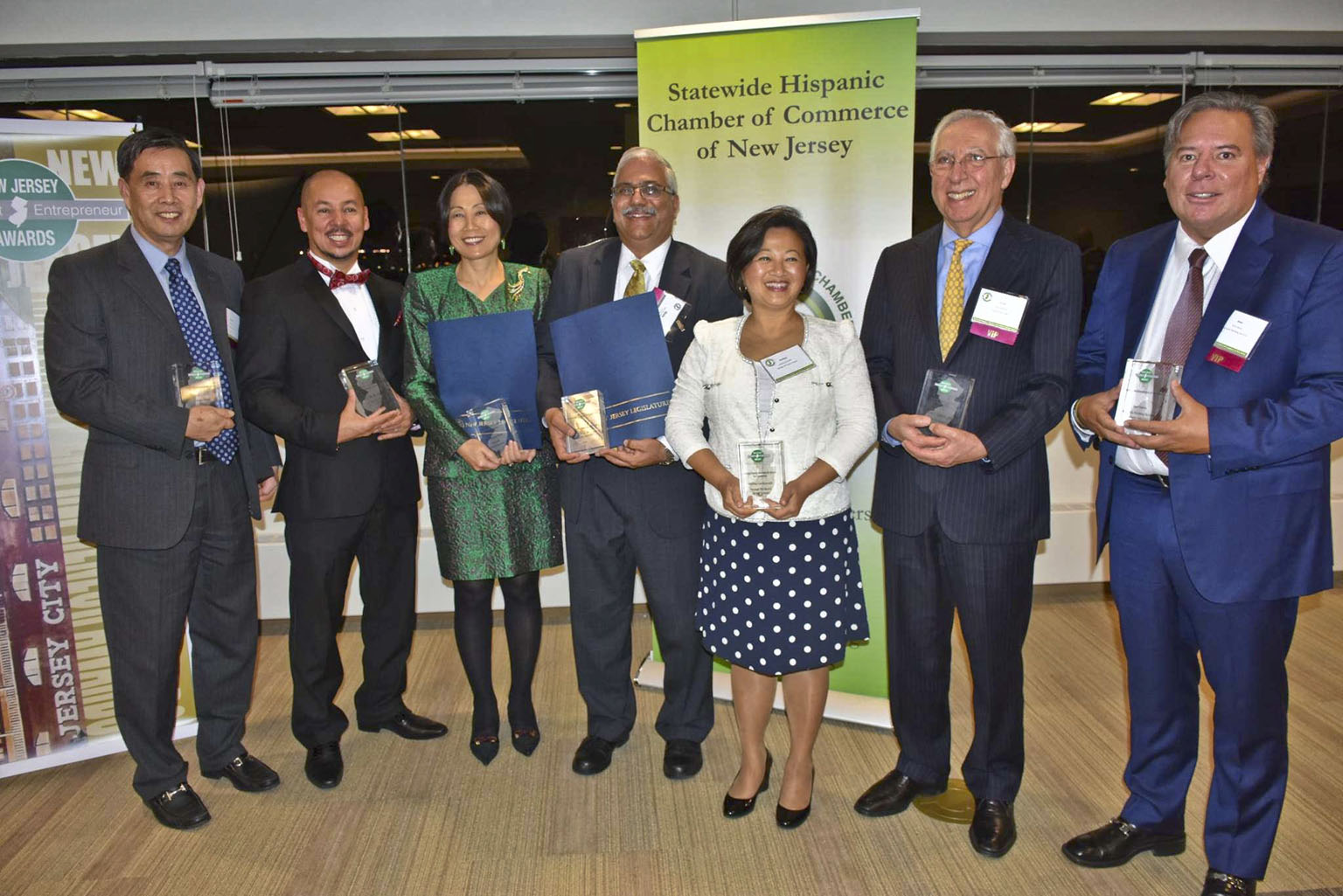 The Awards program was created to recognize and honor the past and present contributions of immigrant business owners in the State of New Jersey. According to a recent report by the New American Economy, “Immigrants have consistently demonstrated a strong entrepreneurial spirit and propensity to create new businesses.”

The ceremony  was hosted by the Statewide Hispanic Chamber of Commerce of New Jersey (SHCCNJ) which since its inception in 1989, has become the voice of the states 70,000 Hispanic owned businesses.  Statewide, Hispanics contributed some $10 billion to the economy according to the SHCCNJ.The new executive director of the SHCCNJ, Jazlyn Carvajal says that recognizing outstanding Hispanic community leaders and sharing their narratives is a critical aspect of inspiring the community and helping it grow. “The SHCCNJ is a proponent of “la familia” business model,” says Carvajal, “And we are inspired by each and every awardee’s story.”

New Jersey’s immigrant entrepreneurs generated $3.2 billion in business revenue in 2014. Additionally, 35.2 percent of all new businesses in New Jersey from 2007 to 2011 were founded by immigrants. Fittingly, the awards are named for a great New Jersey immigrant entrepreneur, and were chosen from nominees hailing from 12 different countries, including Cuba, Lebanon, Columbia, China, and India.

The 2016 Immigrant Entrepreneur of the Year award was given to Jose “Pepe” Garcia, an Hispanic businessman who owns the Maverick Building Services in Rutherford, New Jersey. Garcia came to the United States in 1968 from Cuba with his mother and two brothers, landing first in Miami before settling in Union City, New Jersey. Garcia’s mother worked three jobs to support her family and times were hard initially, but Pepe worked his way through Seton Hall University, cleaning buildings at night, an experience which made him realize the incredible possibilities in cleaning services. With a $10,000 investment from his mother, Garcia launched Maverick Building Services, which now has more than 200 employees and is one of the most successful building services companies on the East Coast.

Immigrant entrepreneurs’ contribution to the US economy is immense. We employ 1 out of 10 Americans working for private companies and generate $770 Billion in annual revenues” Foulis Peacock, CEO Immigrant Business.

The judges for this year’s Immigrant Entrepreneur Awards were:

Barry Zhang, CEO of Princetel. Winner of the 2015 Nicholas Marcalus Award for Sustainability. Watch Barry on The Green Economy-Interview