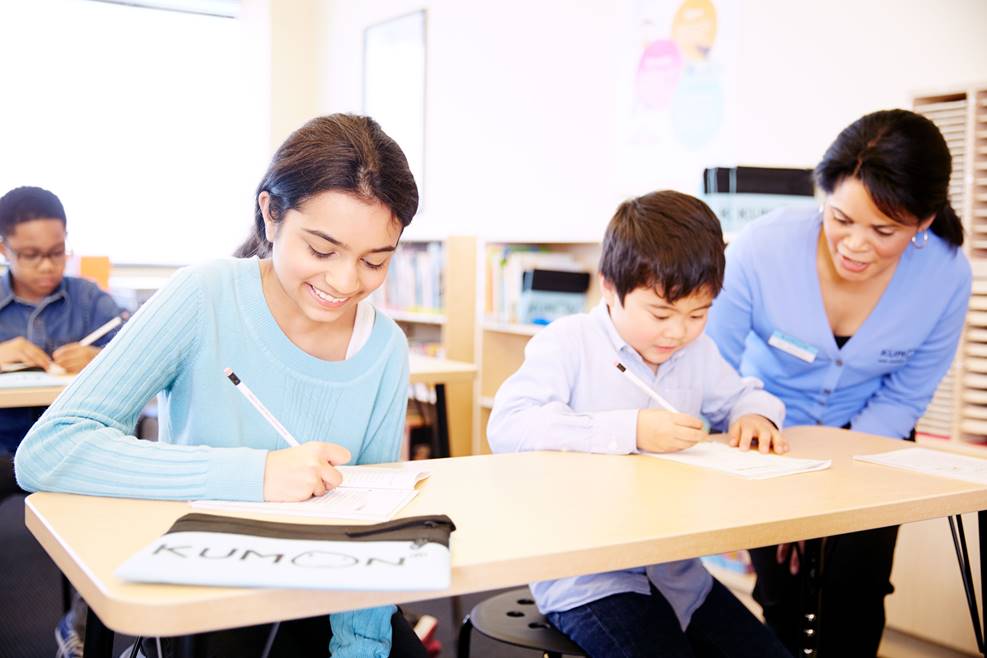 Education for K-12 students has become a political battleground, and parents are worrying whether their children are learning anything in this contentious environment. Are they being prepared for college and adult life? And if not, who’s going to do something about it?

For an increasing number of parents both in the US and abroad, the answer is Kumon, the world’s largest after school franchise, which helps four million children a year in 49 countries master mathematics and reading as well as self-reliance and confidence —personal skills which they will use throughout their lives.

Not surprisingly, an entire industry has quietly grown up to address the limitations and turmoil in our public school systems. After school tutoring, remediation and enrichment have become a $7 billion industry in the United States alone. With some 55 million students enrolled in K-12 schools, the potential for growth is enormous.

Like many grand enterprises, Kumon began small with simple aspirations. In 1954, a high school math teacher in Osaka, Japan named Toru Kumon was looking for a way to help his son who was struggling with math in his second grade classes. Kumon developed a worksheet approach that broke down key concepts into “bite-size” pieces and drilled his son in each concept until he had mastered them before allowing him to move on. Mr. Kumon called this studying at the “just right level.” The experiment was an instant and resounding success, and soon other parents wanted their children to learn the Kumon way. In 1958, Toru Kumon founded the company that bears his name, and in 1962 began franchising.

The Kumon approach to learning is remarkable in its simplicity and effectiveness.  It is  low tech, requiring nothing more complicated than paper and pencils; old-fashioned, emphasizing repetition and drills to ensure long-lasting results; and it stresses virtues such as independence and self-reliance. Even though the approach is demanding, it is still student-friendly, according to Natanis Blemenkehl owner of a franchise in Carrol Gardens, New York.  Kumon’s systematic approach, she says,“ allows students to start at a comfortable place and move forward on their own schedule, all the while filling any gaps that have developed along the way.”

Unlike most after school programs, Kumon has its own curriculum designed to teach universal math and reading concepts rather than what is being taught in local schools. It develops fluency in basic skills such as computation and comprehension that many schools with today’s emphasis on “teaching to the test,” no longer emphasize. At the end of the Kumon process, students have not only mastered their subjects at a high level, but they have also gained in confidence, analytical and critical thinking. The system is so effective that many Kumon students go to prestigious schools and enter highly paid professions.

What it takes to own a Kumon Center

Kumon North America provides franchisees with training, support, and resources before, during, and after they open their centers. Initial training is done through the Kumon Instructor Development Program, and afterwards, franchisees enjoy a community of support through recruiters, branch managers, and other franchisees. Kumon also provides continuing education, including meetings with other instructors in the franchisee’s area.   Also, Kumon supplies student materials and internal/external communication resources

Being my own boss is great. Kumon changed my life — Sharon Tung, Franchisee

Benefits of Ownership: Self Fulfillment and Independence

Many Kumon franchisees have been teachers frustrated by the regimentation of public schools who not only wanted more for their students, but a more fulfilling life for themselves too.  Sharon Tung, a Kumon franchise who has sent many students to top-level colleges sums up her experience this way, “I’ve been with Kumon for 26 and a half years and its been the best part of my life. I feel very proud of myself and safe…it’s my own place.Being my own boss is great. Kumon changed my life.”

Find out how you can be a Kumon franchise owner, click here

Kumon has enjoyed steady growth in the United States and around the world. Since 2006, enrollment is up 77% in Kumon Centers around the country, and the average center has enjoyed a 45% boost in students. But that’s not the whole story. As Sharon Tung, and many other satisfied Kumon franchisees testify, Kumon offers independence and a meaningful, fulfilling way of life.