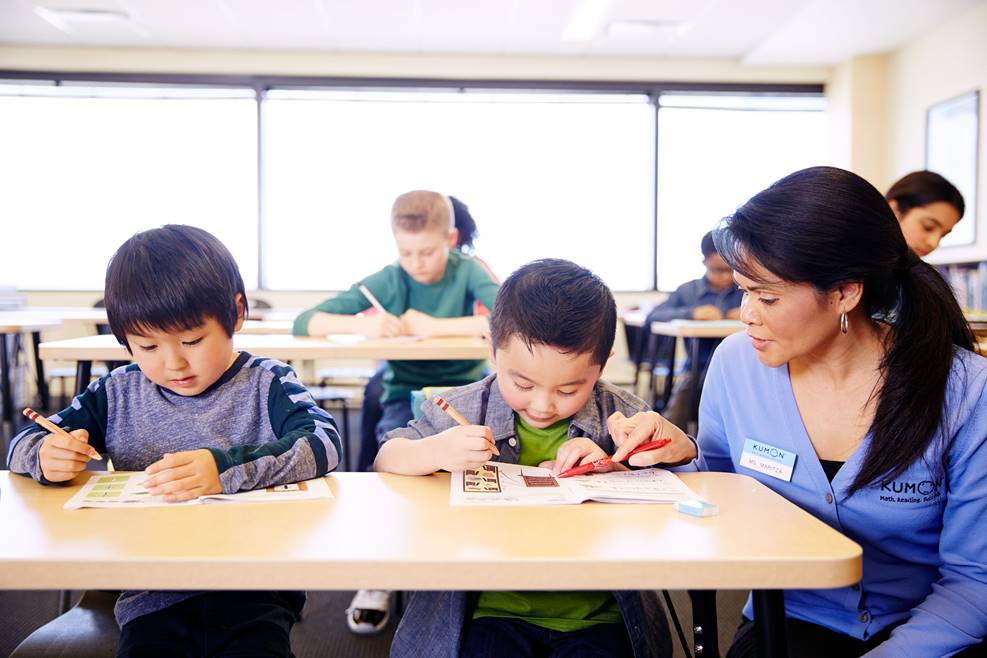 Kanchila Kay moved to the United States from India twenty years ago to go to college. She took a practical degree in business and got a well-paying job as a chief accountant for an import/export firm, but then life interrupted her plans. She got married and had children, which made commuting to New York City difficult. “It seemed to be far away for me as a mother,” she recalls. “So, I had to leave that job to be a stay-at-home mom.” However, she needed something for herself as well, so she began looking for a business that would bring her fulfillment as well as keeping her close to her children.

A Business with the Right Fit

Although keenly interested in education, Kay didn’t want to work in public schools. “I was more about getting into my own business because I needed to be managing my own hours and map out my day versus doing 9 to 5.” So, Kay began researching franchises in the education sector that might give her the best of both worlds. While doing her research, the name “Kumon” kept cropping up, and the more she found out about Kumon, she began to feel that it would be a great fit.

Find out about the Kumon Franchise Opportunity, click here!

Kumon is an established global brand, a unique approach to childhood education which began in Osaka, Japan in 1953, when a high school math teacher developed a simple, concept-based program to teach K-12 students the fundamentals of math, and later reading, using daily worksheet drills after school. Now available in 49 countries, the Kumon approach lets students learn at their own speed — sometimes slower, and sometime much faster — rather than being forced to move in lockstep with entire classrooms or grades of other children.

By having my own a business, setting my own hours, and being in the education industry, I just feel like I’m playing with all safe cards

As a former chief accountant, Kay understands the unique value provided by a strong franchise. “In your independent businesses you have to really put a lot of effort and time in not only building strategically, but also building up in infrastructure, building up programs that could really set your business,” Kay says. “ But here, that platform is provided by Kumon and you use their platform in order to take your business forward.”Also,Kay found that the Kumon philosophy made her feel comfortable and “safe” as she ventured into a new industry. “By having my own a business, setting my own hours, and being in the education industry, I just feel like I’m playing with all safe cards,” says Kay.” So I just feel very happy, and when a person is very happy with what they’re doing, you know, the love and the passion kind of flows into their work.”

Since Kay had been in the United States for fifteen years, credit was not an issue. She was able to finance her Kumon by combining personal savings and some bank loans. “I did have good credit, and that’s why the bank gave me the loan, and so I just had to finance 50% of the cost of the franchise.”

Success and the Future

Five years after opening her doors, Kay has more than 240 students with committed parents at her Levittown location, many of whom have been with her three or four years, and, equally telling, some of her students traveling long distances from other towns in Long Island to take part in the after school program. Kay is often asked what she wants to do next, whether she plans to open up another location, but for the moment, she feels that there’s still room to grow in Levittown.  “I don’t want to expand yet, because I don’t want to take away my focus from my current location,” says Kay, but she adds that once she has “very good control,” she’ll consider expanding.