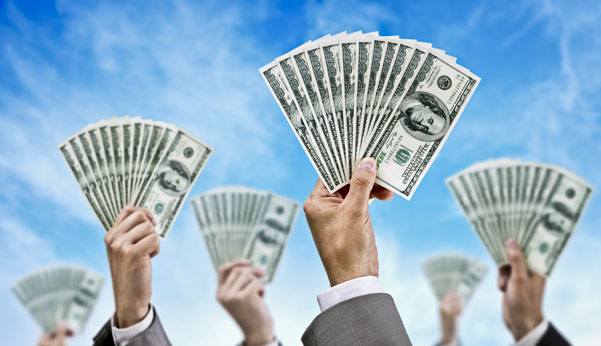 During his business career, Seymour Segnit chased a lot of opportunities, 17  by his own count. “They say the average millionaire has had 17 failures before they make it. Well, I absolutely haven’t made it big… but I think I’ve done the 17 failures,” says Segnit with self-deprecating humor. But that all changed when he chose crowdfunding to launch his invention, the thingCharger.

Ahead of His Time and the Marketplace too

Seymour Segnit is one of those rare immigrant entrepreneurs born in the United States but raised abroad in his mother’s homeland (the United Kingdom) after his parents divorced when he was a child. After attending Oxford University on an engineering scholarship, Segnit and some friends developed client-server software for the small business market based on the Apple platform, but were ahead of their time.  Next, Segnit tried his hand at advertising, and claims he was the “worst junior advertising executive in London.” After a couple more misfires in radio broadcasting and small business software in South Africa, Segnit moved to America to join the Silicon Valley revolution, where once again he was involved in a startup that fizzled.

Ironically, Segnet didn’t need to travel to Africa or Silicon Valley for the idea that would put him on the map. He found it at his suburban home in New York’s Hudson Valley. Captured in a short film, his “aha moment” became the centerpiece of a successful Internet advertising campaign (see below). In a scene that any gadget-obsessed American could identity with. An exasperated Segnit shouts to his wife upstairs, “AMY, have you seen my charger?” Next, Segnit ducks under a table, frantically plugging and unplugging wires. Finally, he heads down to his basement workshop and cobbles together the very first thingCharger using spare parts.

The thingCharger is a device that plugs into and duplicates a wall socket, while offering several means of charging smart phones and tablets via a node (for IOS or Android units) sitting atop the charger or USB sockets on the bottom of the charger. Even while busy charging phones, tablets and/or ebook readers, the thingCharger still offers a full complement of electrical sockets for normal household appliances. Unlike those elusive charger cables, the thingCharger is always where you left it, plugged conveniently into an electrical outlet.

Crowdfunding is a way to raise funds for product development, and gauge the public’s interest in the product, without diluting your company ownership.

From Development to the Marketplace

As every inventor soon finds out, developing a working prototype is still light years away from putting products in the hands of the public. It takes lots of capital to develop, manufacture and market a new product. Experienced at raising money through venture capitalists, Segnit knew that he would have to give up too much of his company to investors to make the VC route worth his time. So, he decided to try crowdfunding — a way to raise funds for product development, and gauge the public’s interest in his product, without diluting his ownership of the company.

For an investment of only $3,000, Segnit was able to launch the thingCharger on Indiegogo, one of the leading crowdfunding companies. “We chose Indiegogo because it was an open platform,” says Segnit. “You can go on with a picture on a napkin if you want to.” Another reason they chose Indiegogo was that other platforms such as Kickstarter have more of a barrier to entry. In Segnit’s parlance, they are more “curated,” requiring entrepreneurs to have a fully developed prototype before being allowed to use the service. Once accepted by Indiegogo, the Segnits uploaded the little movie that they wrote and shot with a friend, and immediately got a great response from visitors to the site. They got what Segnit calls “the Hot Yes.”

The Segnits have raised $940,000 from more than 20,000 contributors  to fund development and manufacturing.

On Segnit’s 17 previous projects, his friends had always encourage him, saying something like, “that’s great, Seymour; sounds really interesting….wish you the very best with that.” In other words, warm and fuzzy sentiments, but nothing that would encourage you to mortgage your house to fund the project. But with thingCharger, the reaction was completely different. His friends would say, “Oh my god! That’s fantastic. Wow! When can I get one of those?” The response was the very definition of  a “Hot Yes,” an enthusiastic endorsement with tons of energy behind it.

The great thing about a crowdfunding endorsement is that if people are intrigued with your product, they subscribe or send you money to support development. Unlike typical investments, contributors to typical crowdfrunding do not acquire stock or equity rights, but they are sent “perks” by the client, such as units of the product when it is available. “The structure of the offer is incredibly important,” says Segnit. “You’ve got to tell a compelling story, and then present an offer or an engagement to potential contributors.”

Using this approach on Indiegogo, the Segnits have raised $940,000 from more than 20,000 contributors  to fund development and manufacturing. And as they continue refining the thingCharger – both here and in Europe — they are raising more money to fund the process.  What’s does the future hold for the Segnits and thingCharger?  They’ve recognized that thingCharger is not just a product, but is rapidly becoming a significant brand, and that means you can expect more innovative products from Seymour Segnit’s basement.

raising almost a million dollars from 20,000 contributors is amazing!

Seymour’s story is inspiring I will look into crowdfunding, I have heard of GoFundIt before but not this…

The company has closed, after fleecing many thousands of people out of nearly a million dollars. I myself am the proud owner of four very expensive doorstops. I cannot get new charging tips for my new devices. They have taken that money and moved on to found a NEW charging line of products with a renamed company. They are creeps.