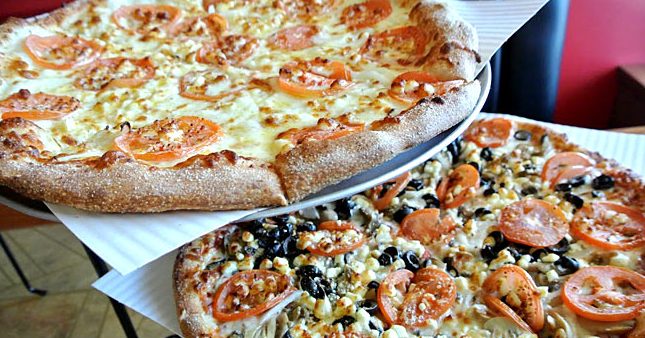 Great jobs won’t make you rich. You’ve got to find a way to build wealth by owning your own business and for DJ Patel, that meant teaming up with America’s fastest growing pizza franchise.

Dharmesh “D.J.”Patel came to the United States from India in 1987 with his parents, following his older siblings who had come earlier to pursue education and business interests. “They encouraged me to come to the US to follow the dream, and that’s how I ended up here,” he says.

He  had already finished college in India, and so he went right to work, managing the family pharmacy while his father traveled on business. However, his first real job was an assistant manager’s position with Pizza Hut in Atlanta. He stayed with the chain for 24 years, moving from assistant to store manager, to training manager, then to district manager, and on up the ladder,  until. finally, he knew that it was time he had a business of his own.

Finding a Business of His Own 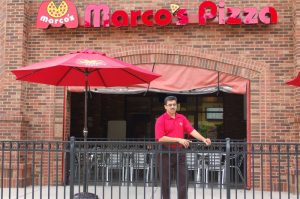 He looked carefully at Pizza Hut, a company that had been very good to him, but realized it no longer fit his needs. His former employer was already well established with thousands of restaurants, and Patel wanted a bigger opportunity where he could help shape the concept.

“I was looking for a concept where I could really utilize my expertise and experience,” he says. “I looked at a lot of franchises, but nothing interested me that much.”

Then he discovered Marco’s Pizza. “The concept really attracted me more than anything else,” says Patel. “There were two things that inspired me to join Marco’s Pizza. Number One was the product: fresh ingredients, never frozen — a superior product, and number two was the leadership team. About 85% of the leaders in the company are also franchisees, a unique attribute that made me want to be a part of it.”

Working with a partner who was already involved with Marco’s, the two set out to build a business. His partner was good at developing businesses, and Dharmesh was a good operator – a perfect management combination. They pooled their finances to get started, using their savings to acquire and build their first units.

As time went on, they need additional financing to grow, so they took investments from friends and family, and, as needed, took bank loans as well. “We didn’t need it to support our current business, we needed the financing to expand our business,” says Patel. “We wanted to build our own stores, and add more territories with Marco’s.”

Get information on how to become a Marco’s Pizza franchisee

The Importance of Training

Starting out, Dharmesh took every training class available, a commitment he continues to follow. “One thing I’ve learned is that you never stop learning,” he says. “The biggest take-away from my success is that you’ve got to learn every day. If you want a role model for your employees, you have to start with yourself. So, today, there’s nothing in our business that I don’t do.  I make pizzas, I cut pizzas, and I’m not afraid to do anything.”

If you want a role model for your employees, you have to start with yourself. So, today, there’s nothing in our business that I don’t do.  I make pizzas, I cut pizzas, and I’m not afraid to do anything. 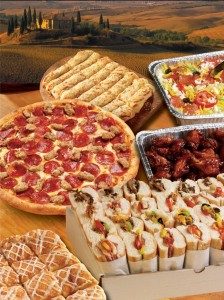 Patel and his partner own 15 stores between them, but because of the management expertise they’ve developed, they also manage some 80 stores for other franchisees. They are also developing territories in the Mid-Atlantic States including Virginia, Maryland and also the District of Columbia.

“We’ve built a good name for our brand, and employment for a lot of people in small towns where we’re located, ” says Patel proudly. “The real thing is community. We had done a lot of unique events.  When we do a grand opening of a new business in our communities,  we get everyone involved, hire a disc jockey, and do a small party and hand out free pizza, and this has given us a lot of presence in the community.” Patel adds that  Marco’s Pizza also gets involved with Chambers of Commerce, local schools, and churches, as well as nearby colleges. “We have become a major part of their lives, so that has helped us a lot.”

Down to Earth Marketing & Support

According to Patel, there are many ways to market a franchise. “It’s not just being involved in the community, but also being ‘real.'”  For Patel that means allowing franchisees to get involved with training and site selection. “We hold their hands for the first couple of weeks after the store opens, and give them ongoing support, helping with them with local vendors so that they can really be involved in the day-to-day. These are the kind of things that have really helped us to grow the brand.”