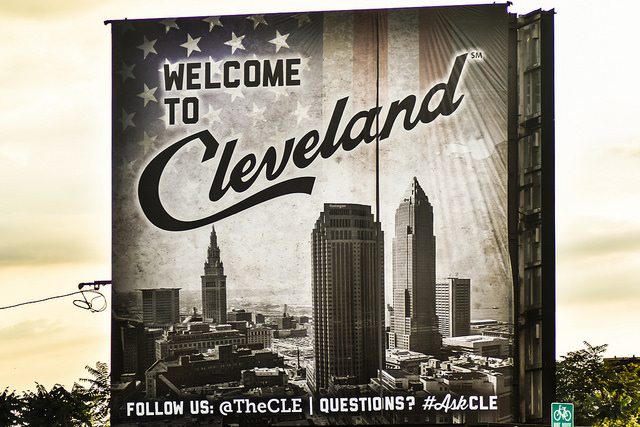 While Trump continues his assault on immigrants (from “shithole” countries and all points west – but not north), recent data shows the immense economic value that immigrants from ALL parts of the world have on the U.S. economy. Numerous studies posted by Immigrant Business in the past have already highlighted similar data, but a stunning new Map the Impact study focused on Cleveland, Ohio, reveals the dramatic and positive impact of immigrants on that city’s local economy.

As reported by Cleveland.com, immigrants are just 5% of the population of Greater Cleveland, but according to the Partnership for a New American Economy report, the region’s 113,252 immigrants:

“This new research proves what we’ve known for years: immigrants are an advantage to our local economy and in every community in America,” said  Joe Cimperman, president of Global Cleveland.

“Despite the ongoing repetition of misinformation, immigrants don’t take away jobs,” Cimperman added. “They’re teachers, nurses, and physicians.” They start businesses, open stores, buy homes, send their children to school, and become part of the community, he said.

“This new research proves what we’ve known for years: immigrants are an advantage to our local economy and in every community in America.”

The report also said that immigrants are far more likely than their native-born neighbors to be entrepreneurs, and to work in professional, scientific, technical, healthcare, and manufacturing sectors of the economy.

Other highlights from the report include:

Meanwhile, the Trump administration continues its assault on immigrants across America, pursuing travel bans, border walls and disparaging immigrants from “shithole countries.” Instead of focusing on positive data, the President has focused on calling attention to crimes committed by undocumented immigrants, by asking the Department of Homeland Security to create an office called VOICE (Victims of Immigrant Crime Engagement).

Immigrant Business founder, Foulis Peacock, says Trump should be focusing on new, overwhelmingly positive data coming from Cleveland and around the U.S.. which reinforces the fact that immigrants are a huge positive for America.

“Immigrants create wealth and jobs for Americans, and they create those jobs in the hardest hit parts of America.”

“Immigrants are launching businesses at twice the rate of native-born Americans – at a rate of 80,000 every single month — and these businesses, as can be seen from the Cleveland data, are revitalizing American cities, creating jobs for Americans and pouring tens of millions of dollars into our tax coffers. Immigrants create jobs and wealth for Americans,” said Peacock.

“We need to get that message across to the Trump administration. We need to streamline our burdensome immigration process and attract more immigrant entrepreneurs to the U.S. We need to make sure that America returns to its position as being the beacon for the best, brightest and most courageous from around the world, to come here, start businesses and help revitalize America.”