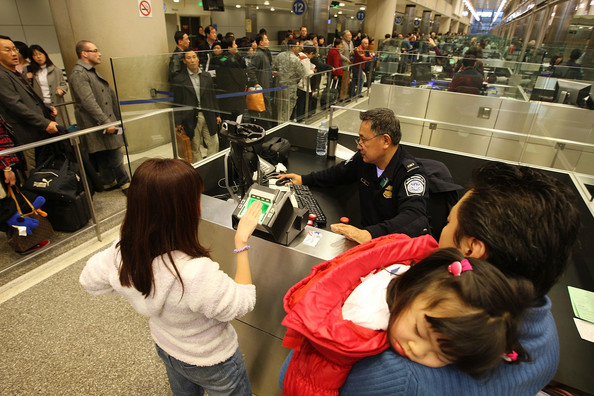 In the time since Donald Trump took the oath of office as President of the United States, the world has been turned upside down, and the Constitution, the spine that holds the  Republic together, has become merely a list of quaint suggestions, that apparently don’t apply to the wealthy and powerful.

Trump Doubles Down on Campaign Promises

Instead of ditching his overheated rhetoric and authoritarian ideas, which many thought were merely tactics to get him elected, President  Trump appears to be doubling down, bent upon keeping his promises to his radical base by issuing a flurry of executive orders from the oval office.

Especially noxious was the dramatic travel ban aimed at seven Muslim majority Middle Eastern nations, which sparked widespread protests in airports around the country, and the firing of the acting Attorney General of the United States who refused to support the executive order. While keeping America safe is something that everyone supports, the consensus is that Trump’s executive order has done more harm than good, especially for immigrants in the United States.

Advice from a Top Immigration Lawyer

Indeed, these events have created a climate of fear for all immigrants in the United States, regardless of their country of origin. To help address their concerns, Immigrant Business contacted noted immigration lawyer  Richard Herman of Cleveland, Ohio, for his advice.

While keeping America safe is something that everyone supports, the consensus is that Trump’s executive order has done more harm than good

Herman, the co-author of Immigrant Inc., told us that since the travel ban was announced that he has been deluged with phone calls, texts and emails from frightened clients, some of whom were traveling abroad when the ban was implemented. If you have been affected by the travel ban, here are 10 thoughtful strategies and tactics generously provided by Mr. Herman that you can use to help protect yourself, relatives empolyees and business colleagues.

10 Strategies and Tactics for Immigrants

1. Don’t travel outside the United States unless you absolutely have to. Many corporations and universities are making this suggestion to their employees that fit the profile.

2. If you must travel, make sure you have in your possession documents that testify to your good character, the reasons for your travel, and the nature of your life in the United States, i.e. owner of a business, university lecturer, or student.

3. Despite having valid visas and/or Permanent Residence status (Green Card), expect to be delayed and questioned. Remember, Border Patrol officers are not required to be highly educated, and yet, they are given wide latitude and discretion in interpreting complex regulations.

4. If you have a Green Card, and meet the eligibility requirements, apply for citizenship right away. American citizens have many more rights than Green Card holders. Be patient with the filing process, as many others may be joining you in seeking citizenship status.

“Solidify your rights. Work up the food chain, take advantage of whatever you’re qualified for.

5. Consult with a professional before filing anything with the government. “There may be something lurking in your background that could be problematic and open a Pandora’s box,” Herman cautions. If you have blemishes on your record such as legal problems, you need to have these issues resolved before filing for citizenship.

6. International students should avail themselves of programs such as Optional Practical Training  and Curriculum Practical Training,  while still studying.  Such programs will automatically allow you to work legally in the United States and develop a relationship with an employer who may file for an H1B visa on your behalf. “Remember,” says Herman, “Solidify your rights,” says Herman. “Work up the food chain, take advantage of whatever you’re qualified for.”

7. Since the demand for  H1B visas far exceeds the demand, consider the E2 investment visa, which will allow you to start a business in the United States for a minimal investment and provide the protections of a work visa for as long as you own the business. “If you can’t get an H1B, you can sponsor your own work visa,” says Herman.

“Work up the food chain, take advantage of whatever you’re qualified for.”

8. Develop an Immigration strategy which will not only protect you in the short-term, but allow you to move toward citizenship.

9. Have a plan B in case your first plan, such as acquiring an H1B visa, does not work.

10. Even if America is your ultimate goal, don’t forget Canada as a temporary or final option. Canada is very welcoming to immigrants, and many people have established themselves in Canada before successfully immigrating to the United States.