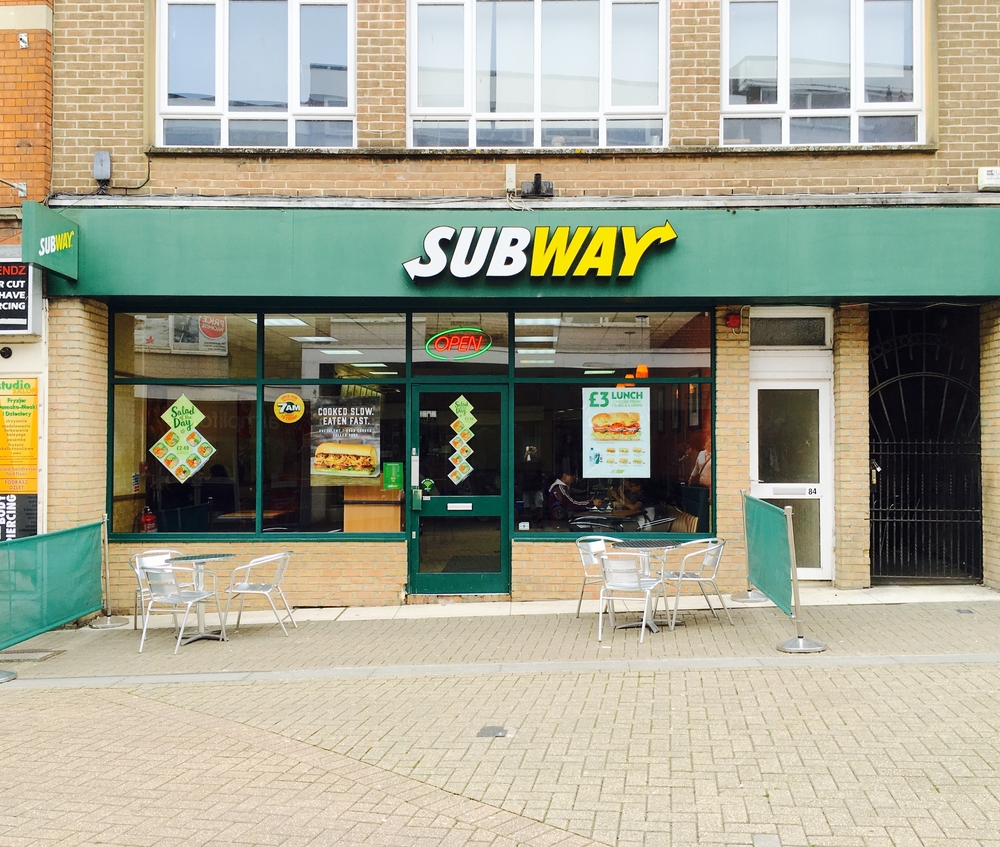 Ali Saifi didn’t know what a Subway was when he came to the U.S. Today, he oversees 390 Subway restaurants and helps immigrants like himself become Subway franchisees.

Ali Saifi didn’t intend to stay in the United States. When he came here in 1973, his plan was to go to college and then return to his native Iran. But, while attending school in Kentucky, he made two discoveries. First, he met the woman who later would became his wife. And he decided his future lay in becoming a franchisee. So he ended up staying in the U.S.

“As an immigrant, I’ve felt I wanted to bring honor to this country that has allowed me to become one of its own”

Eventually, Saifi joined what was then a little-known franchise by the name of Subway, becoming a development agent based in South Carolina. With a staff of 26, he now has developed 390 locations in that state, sharing in the royalties of each store. Though he won’t say what revenues are, according to Saifi, they’ve increased exponentially since he started out.

First years in the U.S.

Saifi spent his first year in the United States studying English at a school in Boston. Then he moved to Danville, Ky., to attend college. The plan was to return to Iran and go into business there. But true love got in the way and he ended up marrying his college sweetheart, who came from Asheville, N.C. They decided to make their life together in the U.S.

Saifi did graduate with a dream, however. He wanted to become a franchisee. “With a franchise, you don’t have to reinvent the wheel,” he says. “They’ve already set up much of the structure for you. All you have to do is learn their way and repeat it successfully.” He didn’t know what industry his franchise would be in, and certainly had no idea what company to choose. But Saifi was convinced that, with hard work and perseverance, he’d find the right fit—and succeed.

“With a franchise, you don’t have to reinvent the wheel. All you have to do is learn their way and repeat it successfully.”

After graduating, Saifi and his wife moved to Asheville, where he worked as a marketing consultant on a radio station, all the while investigating possible franchise opportunities. Then, after the Iranian hostage crisis, his family decided to leave Iran and his sister suggested that they go into business together. They decided to move to Jacksonville, Fla., where Saifi got a job at another radio station.

Saifi couldn’t find any worthwhile franchise opportunities and decided to go to Washington, D.C. Eventually, his sister and her husband moved to California, and they gave up the idea of going into business together. But Saifi hadn’t stopped investigating franchises. By the time he spied an ad in a newspaper for a fast-food franchise in Alexandria, Va., he had looked at 100 possibilities. Saifi called the telephone number listed on the ad and found out the restaurant was part of an enterprise he’d never heard of before: Subway. “When he told me the name, I asked him, ‘What is a subway?’” he says.

Saifi decided to investigate the opportunity anyway. And he was pleasantly surprised by what he found. For one thing, he liked the streamlined simplicity of the operation. And he was impressed by the processes for monitoring and controlling labor, food, and other costs. Saifi decided he’d found the right fit and bought the franchise unit, primarily paying for it through financing from the seller.

Over the next year, Saifi realized he’d entered the ground floor of something that could become really big—and decided he should expand. Since his wife came from the South, he started investigating franchises to buy in that region. The closest to his wife’s home town was in Clemson, S.C., so they sold their Alexandria location and moved down there. But Saifi’s intention was not only to buy franchises, but to become a development agent, selling franchises to other interested buyers. To that end, he signed a contract to develop 45 stores.

It wasn’t easy at first. Subway was still a new concept and there weren’t a lot of interested, qualified franchisees pounding on his door. “It took a good 10 years before I felt I saw the light at the end of the tunnel,” he says. Saifi tried everything he could, holding seminars, placing ads, networking with people in the area. He ended up buying and opening up two restaurants on his own that he hadn’t intended to purchase, simply because he couldn’t find buyers.

“Don’t go after the money. Do what you enjoy, and the money will come.”

Eventually, however, as Subway’s reputation grew, it became easier to find buyers, although Saifi did continue to purchase his own units. By 2000, he owned 17. But his work as a development agent increasingly took more of his time, and he sold all his restaurants.

Focusing on the development agent role

As a development agent, Saifi gets a percentage of the royalties franchisees in his area pay to the corporate office. So, from the beginning, he’s spent a lot of time helping them to be successful—the better they do, the better he does—working on everything from determining the layout of restaurants to training staff. “I know all about the problems of employees, of equipment breaking down, of being a store operator,” he says. “And that is a tremendous help in dealing with and assisting franchisees to become successful.” Central to his work has been an in-depth evaluation process, through which he monitors and scores each of his stores every month.

How did being an immigrant help you?

“I come from a culture where we don’t have subsidies, assisted programs from the government. You must work and produce to live. There’s no other way around it. So culturally, you learn that you have to do things all by yourself. That helps you in business here.”

“Also, for immigrants, becoming an American citizen is a very emotional thing. I find most first-generation immigrants are a lot more patriotic than other Americans. We don’t take things for granted.”

“I didn’t have to come to America. I could have gone to England, Italy, to Spain, to France. I chose America, and when you go somewhere by choice, then you’re even more motivated. And another thing: You develop a sense of responsibility to represent your country. I feel I need to be an ambassador for Iran.”

How did franchising help you realize your goals?

“Franchising gives you a structure. Think about doing anything in life. When you don’t have a structure, things fall apart. You’re buying a road map to success.”

How did Subway help?

“They taught me what makes a good location, how to make a sandwich consistently, so that every time you buy a Subway sandwich, it tastes and looks the same. They taught me how to control my cost of goods and cost of operations. If you ask me how many sandwiches a particular store sold at 11 a.m. on Jan. 4, 1994, I can pull that up and tell you. When I look at the controls they have today, they’re almost identical to what we had 30 years ago. That tells you how good it was back then. Because they didn’t have to change it.”

What advice would you give immigrants who want to be franchise owners?

What’s the best way to evaluate a franchise opportunity?

“Don’t go after the money. Do what you enjoy, and the money will come. My recommendation would be the first step should be to make sure you like the concept. If you don’t like selling sandwiches, then Subway is not a good concept for you. Then from that point forward, it’s all about the financials. Look at the numbers: how much it’s going to cost to buy the franchise, how money you’re likely to make. And look at the strength of the company. Is it based more on company-owned locations or on franchisees? I have more faith in a company where most of its size comes from individual franchisees owning stores. That tells me those individuals are making money and that’s how the company has grown. And I would definitely interview no fewer than 10 owners with no ties to the company and find out what their profits are, what the work is like, what the expectations of the company are like.”

A day in the life

9 a.m.: Walk through every department—operations, development, marketing—to see if anyone needs to discuss anything