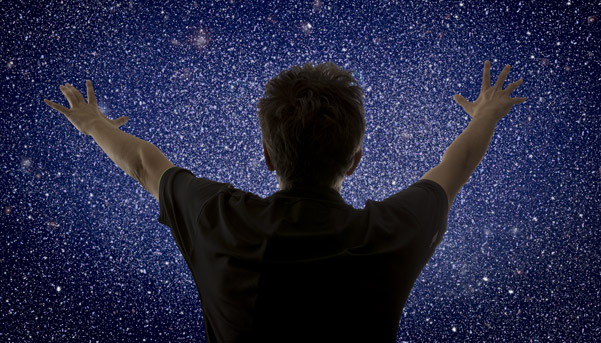 Roberto and Candelaria Ortega came to the United States from Ecuador and Argentina respectively and met after college in Miami. In addition to their Latin heritage, they had a common interest in education. Candelaria was already a certified and experienced pre-school teacher, and Roberto’s grandfather had started schools in South America.  As they began married life, they searched for a business they could build together, and decided that a commercial daycare facility would make the best use of  Roberto’s training in business administration and Candelaria’s experience as a teacher.  The result was KLA Schools, which combines an innovative approach to early childhood education with franchising as an engine of growth.

Of course, there are many daycare centers in the marketplace, from one-offs established in a proprietor’s home, to large chains, and the quality and costs to the consumer vary tremendously. The challenge for the Ortegas was twofold, to create a facility founded on a strong educational philosophy that set them apart in a crowded marketplace, but also build a business capable of sustained growth.

The Ortegas began their journey by researching the possibilities, looking at existing educational philosophies such as Montessori, and the Creative Curriculum, among others.  After spending some time in Italy with proponents of the Reggio Emilia approach, they decided that this unique educational philosophy would make their school stand out.  As Roberto explains, “Reggio Emilia is a constructivist approach to learning, a play-base curriculum. We really put the interests of children at the core, and based on their interests, the teachers derive the curriculum and the learning objectives.”

Once the Ortegas wrote their business plan, it was clear that they would need financing to make it happen.  Starting a Reggio Emilia style school was not as simple as opening a day-care center at home. The Ortega’s would need a trained staff, and, just as importantly, a physical environment conducive to unstructured learning, one with plenty of light and color, and that meant a newly constructed or retrofitted building.

They knew from the experiences of the immigrant community in South Florida that two young immigrant entrepreneurs would not be able to find financing through banks or credit unions, so they started their business with the help of friends and family.

While taking investments from their personal circle would get them started, it was clear that one school was not going to be able to satisfy their investors and support the Ortegas too. They needed to think bigger; they needed to be more ambitious. Instead of launching one Reggio Emilia school and waiting to see it would take off, they decided to franchise the concept.

“With one facility, you might attract one investor, and we would do all the work and give up too much of the business,” Roberto explains. ” So we decided to go with franchising as a way to grow the company. We thought, we can develop our own schools, but we can also award franchises to people who have a dream of owning a school, but they don’t necessarily want to go out on their own. We would bring in the know-how necessary to help them realize their dream.”

We decided to go with franchising as a way to grow the company. We thought, we can develop our own schools, but we can also award franchises to people who have a dream of owning a school, but they don’t necessarily want to go out on their own. 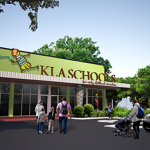 Since founding KLA Schools in 2008, the Ortegas have developed a vibrant and unique brand in the franchise industry.  With Robert as CEO and Candelaria as Pedagogical Director, the business has flourished. There are now 11 centers open in Florida, Washington, Calif. and Illinois with more than 1,200 students enrolled, and there are seven additional schools in the pipeline scheduled to open within the next two years.  Also, they have signed multi-unit franchise agreements signed for California, Oregon and Texas. KLA Schools has also proved to be very attractive to immigrant educators and investors. The majority of KLA franchisees come from outside the U.S., including Jamaica, Haiti, India, Israel and South America.

The majority of KLA franchisees come from outside the U.S., including Jamaica, Haiti, India, Israel and South America.

How to Become a Franchisee

Related: Fill Out a Profile and Become a KLA Franchisee!

The investment required in acquiring a KLA Schools franchise depend, in part, on how large a school a franchisee wants to build, and whether or not he or she buys real estate or leases it. Apart from those considerations, the structure is fairly typical. There’s a franchise fee of $70,000, which is typical for this category; a royalty payment of 3% revenue; plus an advertising fee of 2%. According to KLA’s estimate, the investment ranges from a low of $587,500 and to a high of $1,364,250.  Franchisees are required to have a minimum of $300,000 in liquid capital and the rest may be financed if necessary.

Strategies from Roberto and Candelaria Ortega You Can Use Today

What’s the best franchise for immigrants?

Financing By Family and Friends

Franchises Open The Door For Immigrants

This is really informative and inspiring, its easy to forget and think small and not expect huge success …

the path to building a franchise seems more possible now, with this step by step review, thank you!

Financing a start up business through family and friends is an interesting possibility, I want to read more about that!

is such Incredible story, Im amazed by what they accomplished…

Growing their start up by franchising is an interesting business plan, one that’s worth considering the great detail in this story is very helpful too, thx!

Great to see a Latin family doing so well, the Ortegas are a role model for all aspiring business owners.

the KLA schools story is amazing and inspiring, but this level of success seems out of reach for most people…

This article tells me one thing: Think big!