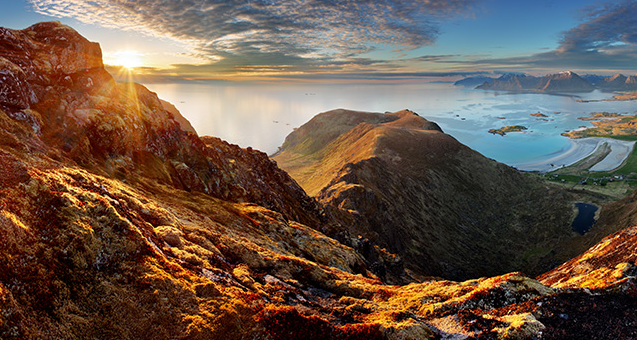 How Nordic Naturals founder Joar Opheim revamped his sales strategy—and what you can learn from his pivot.

When Norwegian immigrant Joar Opheim, the founder of Nordic Naturals, started to market his fish-oil supplements in the 1990’s, health food stores and vitamin retailers seemed like the ideal target. So, he began pounding the pavement, talking up the supplements’ benefits: They were free of toxins, made of highly absorbable triglycerides, and sourced using sustainable fishing practices. Plus, they retained their freshness and, unlike the castor oil of old, they actually tasted good. Nevertheless, Opheim found few takers. Retailers weren’t convinced that his product was that different than other fish oils, or worth the higher price Opheim was asking. After a year of rejection, Oprheim was teetering on the edge of bankruptcy.

However, rather than throw in the towel, he took a fresh look at his business plan. The result was a new sales strategy, one that targeted holistically inclined doctors, with the goal of making them both customers, and enthusiastic advocates for his supplements. With the success of his new approach, Opheim was able to go back to health food retailers with confidence, and this time, they jumped on the Nordic Naturals bandwagon. How did he pull it off? And what can be learned from his success?

After repeatedly hitting a brick wall, Opheim realized his original strategy was getting him nowhere. The audience he’d assumed would embrace his product just wasn’t interested. He had to accept that the American market simply wasn’t ready for his Nordic Naturals. But instead of giving up, Opheim reexamined his plan, determining how to reshape his strategy and build a market for his product.

2. Turn your product into a value proposition.

Opheim analyzed his fish oil supplement and identified its unique benefits. He pinpointed four: The product was made of pure ingredients; it was fresh; the soft gel tablets tasted good; and the fish he used were harvested in a sustainable way. These qualities, he realized, were not only product descriptions, but differentiators that could set Nordic Naturals apart from the competition.

Once he had a firm grasp of his product’s unique value proposition, Opheim figured out the audience with whom those qualities would resonate the most. The answer: Chiropractors and other holistic health practitioners who not only would believe in the product, but also would be likely to recommend it to their patients, becoming, in effect, his ambassadors. Opheim attended medical symposiums and other events of interest to holistic health practitioners and found people who were excited about his product—and eager to promote its virtues to their patients.

4. Back up your claims with research.

Opheim also stepped up scientific research he’d already started. American consumers—and the holistic medical practitioners he planned to target—needed measurable evidence of his fish oil supplement’s benefits. With that in mind, he started attending conferences and other venues where he was likely to meet scientists who could be persuaded to conduct studies on the benefits of fish oil. Eventually, he found researchers at Columbia, Stanford and other institutions willing to delve into the area, with the aid of funding provided by the National Institutes of Health.

Now that he had laid a strong foundation for his business, Opheim went back to the health food retailers who had rejected him before. After 150 retailers had started selling the product, he took his campaign to the next level, and approached Whole Foods. With his powerful story of compelling research and recent successes, he was able to convince the supplements’ buyer to stock Nordic Naturals. Today, his product line is available in more than 30 international markets—and his vision of creating a company to sell new, high-quality fish oil supplements has paid off handsomely.

this is quite a success story, they are a huge company…