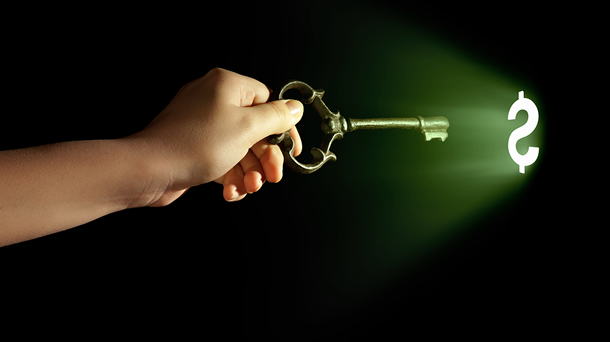 Immigrant entrepreneur Aziz Makhani parlayed common assets like savings, sweat equity, friendship and enthusiasm into the realization of a special dream — to teach American kids how to play world-class soccer.

Like many immigrant entrepreneurs, Aziz Makhani didn’t need millions of dollars to launch his big idea. To make KickShot, his soccer board game, a reality, he needed less than $50,000.  Through self-funding, sweat equity, and the help of friends and colleagues, Makhani was able to keep complete control of his product during the critical development process (Turning Your Idea into a Market-Ready Product). Along the way, he learned lessons that immigrant entrepreneurs like himself can use to limit their need for capital during product development.

Here are Makhani’s Do’s and Don’ts:

1. DO: develop your networks: advisors, friends, and investors.

“Don’t waste your time with people that aren’t enthusiastic. You want to work with someone who is mentally and physically engaged. And they’re out there. They’ll give you their heart and soul. All you have to do is ask.”

In the early going, Makhani self-funded as much as possible, and when that wasn’t enough — and only then — he got help from his network of friends, family, colleagues and neighbors — the same folks he used to help him test and refine KickShot during the development process.

Raising funds, Makhani says, repeating an old joke, is a question of reaching out to the Four F’s: founders, friends, family, and fools. Adding the punch line, Makhani says, with self-deprecating humor, “I used the first three, and you could argue that some of them probably belonged in the latter category.”

4. DON’T: Give Up Control of Your Product, Until You Have To.

Noticeably absent in the Four F’s are angel investors, venture capitalists and crowdfunding. Makhani avoided using this route, or any avenue that involved investors he did not know personally.  The first reason is that the process of raising money through third parties can be very slow, and the second reason was that he wanted to maintain control. “I didn’t want to spend all my time in fund raising,” he says. “I’ve seen what happens in other companies. As soon as you take other people’s money you have to report back to them.”

“I’ve seen what happens in other companies. As soon as you take other people’s money you have to report back to them.”

5. DO: Develop your Credibility with investors.

Makhani didn’t try to raise all the money he needed upfront, but demonstrated his success at each stage of the project. In other words, he was able to show his potential investors the product as it evolved, and on the schedule he had promised.  This approach built trust and  encouraged his investors put in more money as they went along. “When you don’t have a prior record of entrepreneurship, “you need to develop your credibility,” says Makhani. “Then you can lean on your network to fund you.”

6. DO: Know When to Ask for Money and When to Wait.

There’s a time and a place to ask for money.  Makhani discovered that it was more important in the early stages to engage potential investors and ask their advice. If you can get them involved in your project, in many cases they will come to you with an offer to invest. A case in point: His biggest investor was a neighbor, who came back to him a year after their first discussion, and asked for more information. Then he offered a $50,000 loan at 3% interest.

“When you’re asking people for support, don’t just ask for money,” says Makhani, “because some people will give you an unbelievable amount of in-kind things; they’ll give you furniture, advice, services. These things can become your biggest assets”.

Makhani’s neighbor is a good example of in-kind investments. He offered not only investment funds, but to warehouse the product, and to use  as his company’s expertise in shipping and importing, which would eventually cut out 2/3 of Makhani’s  shipping expenses. Needless to say, savings such as these have a tremendous effect on cash flow and profitability.

KickShot is now available in the marketplace, but it’s in its infancy as a product. Makhani is now actively marketing the game and looking to partner with large game manufacturers and distributors. This next step will inevitably require venture capital, angel investing, or business loans to raise the capital required for a larger rollout of KickShot.