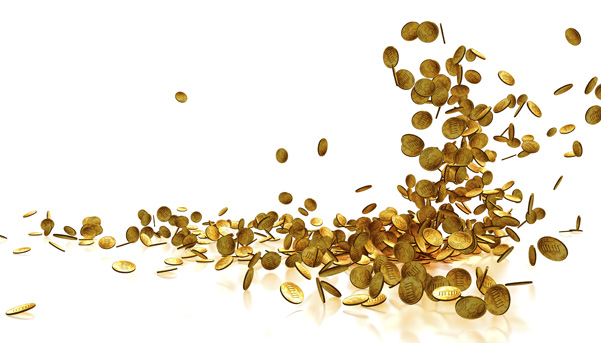 Think again. Asset-based lenders and factors may be ready to help you grow your business.

One of the unfortunate ironies of seeking small business financing is that when your business needs cash the most, traditional bank loans can be the hardest to get. It’s not difficult to understand the reason: If your business is in a financial crunch, bankers may be nervous about your ability to pay them back.

But that doesn’t mean financing is out of reach. Alternative financing by asset-based lenders and factors may be the answer for those who don’t have the credit score to qualify for bank loans. Many small companies are taking this option. The Commercial Finance Association(CFA) reported that the U.S. asset-based lending industry grew by 8.3% in 2008, with nearly $600 billion in loans outstanding. “Some of our lenders are up to their eyeballs with loan applications,” says Brian Cove, chief operator officer of the CFA.

What are common types of alternative financing?

Asset-based lenders loan money against fixed assets, accounts receivable, and inventory, basing the amount they are willing to lend on the value of this property. Many make secured loans, in which the borrower must offer collateral such as machinery, inventory, real estate, accounts receivable, patents, trademarks, or other assets. The lender can seize and sell the property if the borrower doesn’t pay back the loan. Both banks and commercial finance companies make asset-based loans, says Cove. “Often, in the larger banks, they’ll have a whole unit that is dedicated to it,” he says.

In factoring, a financing institution, such as a bank or factoring company, will often buy a company’s accounts receivable and take on the job of collecting the money due from its clients. In some cases, the factor will finance for up to 90 days from the time the company delivered its goods and services to a customer, but the client is responsible for collecting the money owed by its clients. After 90 days, the company must repay the factor. One plus of factoring is that you can use it even if your company only has a few invoices that need collecting. “Factoring can work for an early-stage startup,” says Marilyn Landis, a former commercial lender who is now principal of Pittsburgh-based Basic Business Concepts, which provides financial management services to businesses around the country.

Is alternative financing a good fit for me?

Many asset-based lenders prefer to handle loans above $100,000, because those are more profitable for them. But that’s not always the case. “A large number of our members are small, non-bank-affiliated finance companies,” Cove says. “Some will do loans at the smaller end of the scale.”

Many asset-based lenders specialize in particular industries. “If you get one in your industry, they’ll have a better understanding of your business,” says Cove.

The top three sectors to rely on asset-based lending in 2008 were retail, food, and steel, according to surveys by the Commercial Finance Association. But two-thirds of loans went to those in other fields, meaning that entrepreneurs in many other areas should be able to find lenders. Factoring grew by .5% in 2008, with companies in the apparel industry representing doing 59% of this type of financing. But there was growth in several other industries, such as transportation and business services.

The CFA website has a search tool to help you find an asset-based lender or factor. You can tailor your search by loan size and industry.

What are the pitfalls of alternative financing?

Interest rates are usually higher on asset-based loans than on many bank loans, to compensate lenders for the risks they are taking. Usually interest rates start at 12% or more. For comparison, if you took out a bank loan for $25,000 or less that was backed by the Small Business Administration and was due in seven years or less, the maximum interest rate was 4.25% plus the prime rate (3.25% in August 2010), for a total of 7.5%. Factoring generally costs less, with rates usually ranging from 3% to 5%.

Be careful to find a reputable asset-based lender or factor by asking for referrals from business people in your industry whom you trust. “There are so many factors out there,” says Landis. “Some are very good. Some are the equivalent of old-fashioned snake oil salesmen.”

Are there special considerations for immigrants?

Many asset-based lenders are willing to loan money to those whose credit histories are not perfect, in exchange for higher interest rates. If you have not yet built a high credit score or are running a very young business, those lenders may be worth considering. “They may be necessary when you’re brand-new,” says Alan Tratner, director of Green2Gold, a national nonprofit network of low-cost workspaces, known as incubators, for environmentally-friendly businesses, and a Santa Barbara-based counselor with SCORE, a nonprofit that provides free and low-cost advice to small business owners.