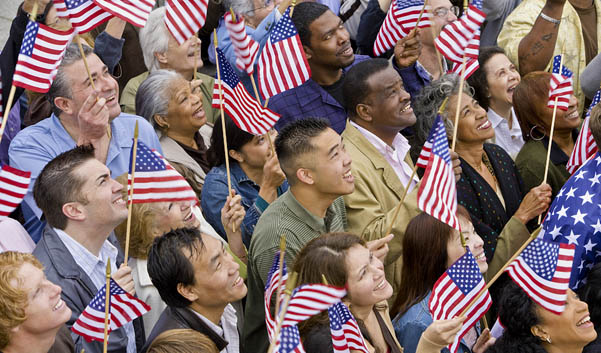 Entrepreneur Paul Hsu’s life is an embodiment of the American Dream, and now he is giving back, ensuring that other immigrants will have their opportunity to succeed.

Dr. Paul Hsu came to this country speaking very little English and with only $500 in his pocket. Since then, Hsu has become a one-man embodiment of the American Dream. He became a highly regarded defense contractor, built several high profile companies, and created jobs for thousands of Americans. Then, at the peak of his success, he gave back to his adopted country in extraordinary service to the US government. As a result, Dr. Hsu wrote an inspirational book, Guardians of the Dream, which not only tells his story, but also makes a compelling argument that immigration is the means by which American reinvents and revitalizes itself over and over again. It should be required reading for every lawmaker debating immigration reform.

Here is his story.

Paul Hsu was a discipline problem while growing up in Taiwan — a poor student who was always asking “why” instead of doing what he was told.  Fortunately, Hsu’s mother understood that he was a restless intelligence that needed a more challenging environment instead of more discipline. She promptly moved him to a better school.  His mother’s belief in him “had a long lasting effect,” says Hsu. “I’m not afraid of anything anymore. If there’s anything that I want to do, as long as it’s ethical; I’m going to do it!”

“Dr. Hsu’s book should be required reading for every lawmaker involved in immigration reform” – Foulis Peacock, Founder of Immigrant Business

Because only ten percent of students went to college in Taiwan in the 1970s — and even then could not study what they wanted to — Hsu moved to the United States for graduate school, a decision  that was to change his life in unexpected ways. He was not only able to finally study a subject that had fascinated him since childhood – industrial management and systems engineering – but found a mentor in an American businessman. This businessman taught Hsu about American culture, and how to succeed in business, including important life lessons, such as, “Be yourself, and always try to create a win-win situation, don’t just ask for something,” and “make sure people like you. It’s the only way they’re going to do business with you.”

More than 30 years later, Hsu still maintains the importance of these early lessons. “I honestly believe that the only kind of relationship that lasts a long time is the mutually beneficial relationship,” he says.  “The one-way street may work for a while, but it never lasts.”

“Be yourself, and always try to create a win-win situation… and “make sure people like you. It’s the only way they’re going to do business with you.”

After graduate school, Hsu went to work as an engineer for Cheseborough Ponds. However, when an opportunity arose with Harris International, a Fortune 500 defense contractor, Hsu moved his growing family to Fort Walton Beach, Florida, a lazy Gulf Coast town near Eglin Air Force base. At Harris, he became a senior engineer in charge of production controls including inventory. It seemed like a dream opportunity: warm weather, a job that he was well suited for, and a welcoming community for his family. Years later when Harris notified him that they were moving to Long Island, Hsu decided against relocating, realizing that that it might be time to take the ultimate risk: starting his own business.

From Employee to Entrepreneur

Hsu had all the skills he needed as a manager and an engineer, but no longer had the resources of a big company to handle all of the day-to-day work, such as human resources, finance, and prospecting for clients. But Hsu had ingenuity, courage, and an unshakable belief in himself. He discovered that the Federal Government published every requisition up for bid and after careful research he focused in on a defense project that was close to home in Florida and fit his skills — designing an underwater sonar device to alert the military to the presence of unfriendly submarines.

Hsu cobbled together a team of engineers from the community, paying them in home-cooked Chinese food and promises of pay if they won the bid. They created a fully-designed solution and Hsu took it to a vendor conference. Soon Hsu’s new company, Manufacturing Technology Incorporated (MTI), had its first contract, winning out over several large defense contractor because Hsu’s team had gone the extra mile; they had created complete production schematics, not just a rough concept like their competitors.

However, winning the contract was not the end of Hsu’s problems as he discovered a major roadblock: financing the manufacturing. He had no collateral and no bank would finance him just because he had a federal contract.

SBA to the Rescue

Fortunately, a banker friend introduced him to the Small Business Association Guaranty Loan program that would guarantee up to 85% of the loan, only requiring banks to guarantee the last 15%. With the loan, he was on his way, and it wouldn’t be the last time that a government program helped him on the road to business success.

“If you look up in the sky and you see a military plane there will be some part of that plane created by MTI. That’s pretty amazing for an immigrant. This is what makes America so great.” — Paul Hsu

As MTI grew, it was selected by McDonnell Douglas, which is known as Boeing today, as one of three protégé companies. The Department of Defense had made it mandatory for large contractors to give smaller suppliers a helping hand. In time, Hsu’s company built on this relationship to become a “gold supplier,” which only twelve companies out of 28,000 vendors were given.  In order to be a gold supplier, a company had to have 100% on time delivery at 100% quality, a very high bar indeed.

Because of this status, Hsu’s company produced parts for all of the Boeing military aircraft, including the C130 transport, the F18, F15, and the B1, B2, and B52 bombers. “If you look up in the sky and you see a military plane there will be some part of that plane created by MTI, either software or hardware,” says Hsu.   “That’s pretty amazing for an immigrant. This is what makes America so great.”

Giving Back to America

Hsu’s success prompted him to begin giving back to the country that had done so much for him.  He started his own mentor/protégé program working with African American, Native American, and women-owned companies.

Then, after he sold Manufacturing Technology Incorporated in 2007, Hsu answered President George Bush’s call and moved to Washington to handle government contracting and business development for the Small Business Association, the organization that had been so instrumental in his success. Says Hsu, “I don’t know of any other country where an immigrant after 35 years can move to become a government official. It just shows how great this country is.

Hsu’s goal was to increase the 20% set aside for small business to 23%, and he worked on it hard. In his job he monitored  how the government spent about $800 billion. He watched how the Department of Defense, and the Air Force allocated money to contractors. “I trusted them, but I verified,” he says. He developed a color-coded scorecard to show whether they met the SBA’s  23% goals. This emphasis on measurable goals did not make him very popular in Washington, but it did lead to success. Today, of every dollar the government spends, 23% of it goes to small business. “It’s the right way to do it,” Hsu says, “because more than 50% of the people in this country work for small businesses.

” I don’t know of any other country where an immigrant after 35 years can move to become a government official.”

What am amazing story, Paul! congrats…

Yes, Im inspired by Paul’s story and book, thank you for this!

Why PuroClean? Insights From An Owner

Franchise Buyer, Diego Melians, Explains Why He Chose PuroClean. Diego Melians highlights what attracted him to the PuroClean opportunity and how the company’s culture and support enabled him to build a successful, thriving business. He also gives his own advice to prospective franchise owners thinking about joining PuroClean’s network of successful franchisees. Learn More About The […]

Become a Superhero in Your Community

Join PuroClean® the “Paramedics of Property Damage”   Founded in 1990, PuroClean® is one of those rare businesses with a low cost of entry and almost limitless growth potential.  What do they do? “We handle water damage, fire damage, mold, biohazards, for both residential and commercial businesses,” says Tim Courtney, vice president of franchise operations at […]