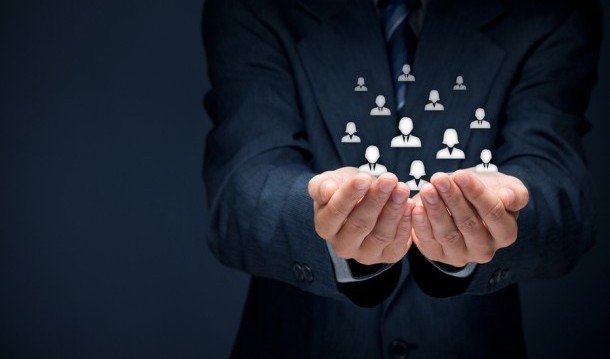 Immigrant entrepreneur Eric Roudi built a $30 million business by combining integrated services and franchising, but he has positioned his company for new levels of growth by focusing on building great teams working toward tightly aligned goals.

As the founder and CEO of OpenWorks, Eric Roudi has learned many important lessons throughout his 30 year career. In the beginning, he learned the importance of proper business procedures. Like most new businesses, Openworks was a struggle at first and Roudi sometimes wondered how they would make payroll. What made the difference between success and failure, according to Roudi, was “perseverance, hard work,” and focusing on business fundamentals: “numbers, statistics and operations.”

Years later when the business was running smoothly, Roudi participated in  a three-year leadership program for owners, presidents, and management at Harvard Business School, which he says opened his eyes to a “whole universe” he knew nothing about — the human aspect of business. During this program he learned that what motivates people is different than what you think will motivate them. “It’s not a paycheck; a lot of it has to be intrinsic, if you will.” This understanding led to changes in the way he conducted business and led to Roudi’s most important lessons learned.

“The more aligned my people’s objectives are with mine, the faster we move toward a common objective.”

1. Make sure everybody is rowing in the same direction. That’s important because in a lot of organizations, even if you think everybody knows where they’re going, there’s still  no alignment. The more aligned my people’s objectives are with mine, the faster we move toward a common objective.

“It’s not just about money; it’s also about having fun and enjoying one’s job and one’s colleagues and work environment.”

3.  Reward people as they get aligned with you and as you achieve results. It’s making sure that what they do, their job description aligns with their talent and where you want to go.

4. Above all, give recognition to your people, and make it a fun environment for them to be in. In the end, it’s not just about money; it’s also about having fun and enjoying one’s job and one’s colleagues and work environment. It’s all about human capital.

5. Hire great people who can execute; it’s more important than having a great strategy. People say successful businesses its about strategy, people and execution. Strategy is important, but in a lot of cases it’s overrated or overhyped, especially if people are not aligned.

Why PuroClean? Insights From An Owner

Franchise Buyer, Diego Melians, Explains Why He Chose PuroClean. Diego Melians highlights what attracted him to the PuroClean opportunity and how the company’s culture and support enabled him to build a successful, thriving business. He also gives his own advice to prospective franchise owners thinking about joining PuroClean’s network of successful franchisees. Learn More About The […]

Become a Superhero in Your Community

Join PuroClean® the “Paramedics of Property Damage”   Founded in 1990, PuroClean® is one of those rare businesses with a low cost of entry and almost limitless growth potential.  What do they do? “We handle water damage, fire damage, mold, biohazards, for both residential and commercial businesses,” says Tim Courtney, vice president of franchise operations at […]