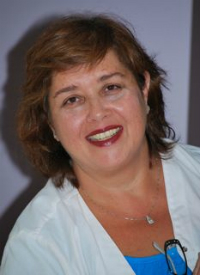 Tap this enterprising spa owner’s strategies to launch your own business.

Sandy Tsangaroulis embodies the successful immigrant entrepreneur. Any time an opportunity presented itself to her, she grabbed it with open hands and used it to open the door to the next one. As a result of her hard work and courage, she now runs the thriving Spa at Bedminster in New Jersey, living her dream of American entrepreneurship.

Here are some of the key lessons I took away from her story. I’m certain you’ll discover some smart strategies that will help you in your own entrepreneurial endeavors in the U.S.

Use contacts from your home country to open doors for you.

Tsangaroulis was able to get an appointment with Christine Valmy through a letter of introduction from a mutual contact in Greece. Given her limited English at the time and lack of experience in New York, it might otherwise have been hard to make a case for herself to a potential employer.

Step out of your comfort zone.

Rather take a job within her own ethnic community, where she knew the language, customs and had contacts, Tsangaroulis pushed herself to learn English so she could take advantage of opportunities in the “mainstream” American job market.

Tsangaroulis could have easily come up with excuses not to apply for her first job, but instead she pushed herself to walk into Christine Valmy’s spa, meet with the owner and persuade her to give her a chance.

Through an all-out effort to learn enough English to make sales during her try out week at Valmy’s spa, Tsangaroulis got hired. Throughout her time at Christine Valmy, Tsangaroulis went beyond and further than her employer asked. Resulting in promotions, sponsorship for a green card and ultimately citizenship.

Use your foreignness to your advantage.

Look for gaps in the marketplace that you can fill with a product or service from your home country or culture. Tsangaroulis saw an opportunity to build a European-style spa that focused exclusively on skincare – American salons at the time, treated skincare as an afterthought.