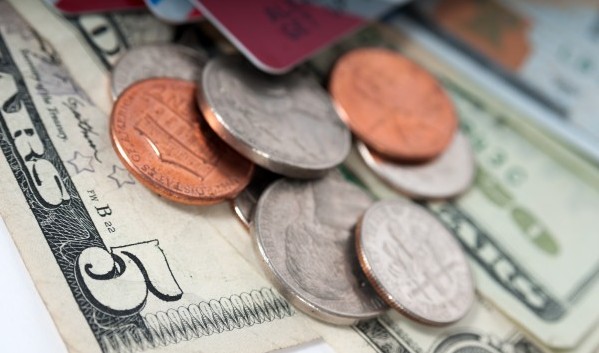 How did successful fashion entrepreneur Eddie Wang raise the money he needed to run Toula, his multimillion-dollar women’s apparel manufacturing business?  He slowly built good credit and invested years in building a strong working relationship with his bank.

That doesn’t mean it was easy for Wang, who immigrated from Taiwan. During the years that he and his wife, Ming, were establishing Toula, the Wangs kept their personal spending to a minimum, so they could stay current on bills to their vendors and make loan payments time. Ultimately, this dedication paid off, as lenders trusted the company with bigger and bigger loans.

1. Pick a Bank You Like—And Stick with It.

From the time he was a student at FIT, Wang did his checking at Chase Manhattan Bank  (now Chase Bank), so he could build a steady banking history there. When he moved to Florida in 1986 to start his manufacturing business, Toula, he opened personal checking and savings accounts at Barnett Bank, a local institution later acquired by NationsBank (now part of Bank of America). He did his business checking at the same bank. He believed it would be easier to get a loan, if he ever needed one, if the bankers knew him well.

When you’re in manufacturing and have a lot of accounts receivable, it’s important you have a loan

2. Borrow Against Your Accounts Receivable

Around 1991, when he was struggling to establish his manufacturing business, he asked the bank for a loan. After reviewing the finances of his business, the bank was not comfortable making a traditional loan but did offer to lend him money against his accounts receivable. “Probably everyone knows that when you’re short of money, they don’t give it to you,” he says now with a chuckle. The amount Wang could borrow at any given time ranged from $100,000 to $300,000, depending on how much business he was doing. Though this type of a loan wasn’t his first choice, Wang saw it as an opportunity to secure the money he needed to stay afloat while waiting for clients’ payments. “When you’re in manufacturing and have a lot of accounts receivable, it’s important you have a loan,” he says.

3. Build the Trust of Your Banker.

Once he took out the accounts receivable loan, Wang was always prompt in giving the bank a financial report it requested every month. He invited his banker to visit his plant regularly to cement their working relationship. “Every year, they could see the honesty,” he says.

Wang’s business became more profitable, and around 1993 his banker decided to give him a traditional line of credit of around $250,000. Once a year the bank required Wang to pay back the entire amount to show that his finances were strong, which he did. After seeing him pay the balance for several years, the bank stopped requiring it. “If you are doing well, they don’t really enforce it that you have to pay it back,” he says.

Click here for insights on securing a bank loan.

By 1996, Wang was ready to buy his own building, a goal that would require more than $1 million in financing. This type of financing wasn’t his bank’s specialty at the time, so he shopped around for a Small Business Administration loan. Having become a citizen, he was eligible to apply for the SBA program, which encourages banks to lend to small business by providing loan guarantees from the U.S. government. Wang, who by then had a long and excellent credit history, ultimately got the loan from the Money Store. “They were very strong in SBA loans,” he says.

The loan officer at the Money Store suggested a deal that would allow Wang to pay off both his building and equipment over the 20 years of the mortgage. Wang decided to go with the plan, because it would help him to preserve his cash flow. He had originally financed the equipment from the manufacturer over a five-year term. “My payments were tremendously reduced,” he says.

Wang put his capital to good use. He branched out into Ming Wang Knits, a new division specializing in lighter-weight clothing that Ming designed, in 1999, and promoted it heavily. “After we put Ming Wang out front, we did very well,” he says.