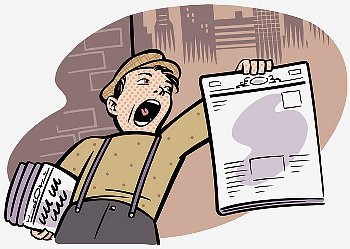 Mufeed Haddad came to America with few prospects. But once he got started in the franchise business, he climbed the ladder rung by rung, reaching a level of success he had never dreamed of as a boy in Jordan.

Jordanian native Mufeed Haddad landed in America with only $700, half of which he gave to his brother to buy a car. He was turned down for every job he applied for, even a position flipping burgers at a fast food joint. The only work he could get was as a paperboy, which meant getting up at 2 a.m. rolling newspapers, and delivering them house to house until dawn, rain or shine. There were many cold and rainy nights when he wanted to give up, but he pushed himself, not only to stick with it, but also to succeed, for himself, his family, and the employer who had given him a chance.

Jordanian native Mufeed Haddad landed in America with only $700, half of which he gave to his brother to buy a car.

Using his immigrants’ resilience and resolve, he built that low-level job into a 24-year career with the New York Times. He rose up the ladder rung by rung until he was supervising 1,000 people on the West Coast.  “The fact that I never quit, and I helped others, taking on other routes, if needed, never complained, never talked ill of anyone, and always stayed positive, has allowed me to remain marketable and desirable in business.”

Ultimately, however, Haddad wanted more than just a good job, even if it was with a world famous company. He wanted to establish financial security for himself and his family, and that meant building a business of his own. His accountant, who lived down the street, told him about a company called Liberty Tax Services, that was selling franchises, and suggested that they might get into it together.

Why He Chose Liberty Tax Services

There was a lot about the tax prep business that appealed to Haddad. Liberty had been founded by John Hewitt, a man who with great success in the industry. Furthermore, the investment was very affordable; there was no inventory to work about; and it was somewhat seasonal, which would allow him to develop the business while having the security of his job at the New York Times.

Despite his initial enthusiasm, Haddad began to have doubts. “One minute you think about your dreams and the next minute, you think about the difficulties,” says Haddad. “I had a young family, so I worried, where am I going to get the money to invest?”

“When the opportunity surfaces, and it makes sense, and the math makes sense, you’ve got to run with it,” says Haddad.

For six months he went back and forth, feeling confident one minute, and the next being full of misgivings. “Every evening we’d get together and say let’s do it, let’s do it, and the next morning we’d have second thoughts,” he recalls.  Finally, he realized that this was his big chance to do something big, while he still had the security of a job. “When the opportunity surfaces, and it makes sense, and the math makes sense, you’ve got to run with it,” says Haddad.

Haddad financed his franchise by taking out a second mortgage on his home, and since he was still working for the New York Times, he was able to both support his family and provide additional operating capital for his new venture if needed.

Check out all your financing options with Immigrant Business’ Financing Guide

Emboldened by his new resolve, Haddad bought six franchises with his business partner in 2002.  For the next four years, Haddad worked ceaselessly, both at the New York Times and developing his Liberty franchises. “When you’re young, it’s your time and opportunity to capitalize and work hard,” says Haddad, “and I was very productive.”

“Business success is just like going to school; you can be an A, B, or C student. How much money you make is up to you; it really depends on how hard you are willing to work.”

Working the System: The Secret of Successful Franchisees

One of the things that helped Haddad successful at Liberty was his experience at the New York Times.  He had learned the importance of following systems that had been painstakingly developed by his predecessors.

“If you follow John Hewitt’s system you will succeed,” says Haddad. “How much money will you make? It’s just like going to school; you can be an A, B, or C student. It’s up to you; it really depends on how hard you are willing to work.”

Still, even the most talented franchisee will make mistakes, according to Haddad. The trick, he says, is being willing to learn, and perfect each step of the system, and Liberty is there to support franchisees every step of the way. The company provides training, both in person and online. They also offer webinars, emails, and in-person-support from staff at the local, regional, and national level.  And during the all-important tax season, Liberty provides 24-hour tech support. “But best of all, John Hewitt makes himself accessible to anyone that needs his help at any time,” says Haddad. “I have called upon him many times for his advice.”

Building a Customer Base

All businesses need customers, and that’s particularly true of new tax prep franchises, which only have 115 days – the length of the tax season – to make the bulk of their income for the year.  Liberty makes every effort to make sure that this critical period isn’t wasted. They provide a detailed marketing plan for every geographical area where they have offices, and doing thorough research to determine what types of advertising will work best in that area.

Franchisees have access to an online ad builder with which they can create ads, brochures, posters, signage, emails, and direct mail pieces using templates designed by the company. Furthermore, they provide year round marketing support through email and telephone communications. Public relations expertise is also available to franchisees as well as a host of ancillary services such as media buying, graphics and website development.

“If you follow John Hewitt’s system you will succeed”

Doubling Down with Liberty Tax Services

During his training with Liberty, Haddad heard about a new financial opportunity, something called an area development, a way of investing directly into Liberty Tax Services. Area developers help Liberty develop the market, bring in new prospects, and participate in royalties. So, both he and his partner made additional investments to become area developers, at first in a small way, taking on a few counties around Los Angeles. Haddad recalls thinking that the area development concept was no different than what he was doing for the New York Times. “The concept was the same, the only difference was the product,” he says. “But at the end of the day, the real product is people, no matter where you go.”

By 2006, all of his hard work had paid off. Haddad was able to leave the New York Times, and to take on a supervisory role with his franchises, and Liberty Tax Services recognized him both as a “master franchisee” and a “master broker.” “I came to Liberty with no cash in my pocket, because I had taken loans on my house,” says Haddad. “But today I’m probably the largest Area Developer at Liberty. Now I’m getting my family involved, my brother, my sisters because I see that it works.”

With only $700 to his name, Mufeed Haddad came to America with few prospects… that is an amazing story, wow and congrats