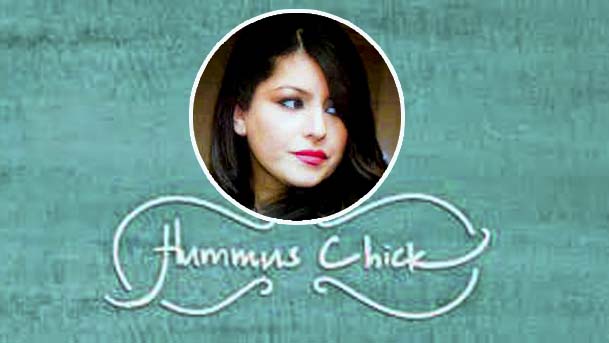 Immigrant Java Hemmat lost her corporate job during the recession, but opened a bright new chapter in her life by putting an All-American twist on traditional Middle Eastern foods.

Java Hemmat came to America from Dubai in 1998 to study business, and when she got a good corporate job after college, she thought she was on her way. But when she lost her job in the 2008 recession; Java began looking for a more stable career. She considered medicine, but ultimately decided she wanted to control her own destiny. So she launched “Hummus Chick,” specializing in Middle Eastern food with a distinctly American twist. Bankrolled with a mere $40 in tips from a college job, Hummus Chick grew rapidly and this spring, Hummus Chick products will be carried by Whole Foods.

Java was sitting on a surfboard during a vacation in California when her big idea came to her. “While I was waiting for a wave to come this one time, I had the feeling that I was sitting on the eternal ocean, a place of boundless, eternal opportunity.” In that transcendent moment she realized that she wasn’t really interested in medicine; that she wanted to do something with natural foods, specifically a Middle Eastern dish called hummus, a spicy paste made from chickpeas. As the revelation continued to unfold, she says, “ the words ‘Hummus Chick’ popped into my mind, and I just knew this was it!”

“I realized that the American palette is always curious on how to put a spin on things,”

The seeds of her business were planted when she first came to America and was unable to find quality Mediterranean food. So she started to make hummus for herself and her friends. At first she used the same ancient recipe that is used throughout the Middle East; cooked garbanzo beans (chickpeas) ground up with tahini, lemon juice, garlic and salt, but soon she began to branch out. “I realized that the American palette is always curious on how to put a spin on things,” she explains. “ So if you have garlic bread, for example, you make garlic bread with cheese, or ‘gluten free’ garlic bread. In other words, there’s always an expansion on the basic idea.”

Java benefited from the kitchen incubator movement in middle Tennessee

Java began combining some of her favorite ingredients such as cilantro and rosemary, creating new flavors. She also tried to accommodate customers who can’t eat garbanzo beans for dietary reasons, creating a black bean and lime blend just for them. “The process is like a chain,” she explains. “One idea leads to another, and the next thing I knew, I had a product line of hummus blends.”

Java’s home-cooked hummus was an immediate hit among her friends and acquaintances, which encouraged her to go a step further. She didn’t think that making hummus would be a full-time job, but she believed that Hummus Chick was “an awesome idea,” and that she’d be good it.  So she applied to a neighborhood farmer’s market and was accepted. “I sold out within an hour and a half,” she recalls. “And I just knew that this was the path I wanted to be on.”

Since her production was small scale, Java’s plan was to start with independent stores instead of chains, and the farmer’s market experience included meeting and learning from other vendors who had more experience and were already in stores. As she says, “Somebody always knows somebody.”

According to Java, every neighborhood has their own little farmer’s market community, and their value to the budding food entrepreneur goes well beyond gaining sales experience. “Farmer’s markets were the fastest way for me to get in touch with customers, get connected with supermarkets, and get my products on the shelves,” she says.

For the most part, Java has not depended on outside help or government programs to get her business started, not even for financing.  She had saved $40 from her tips as a barista; that, plus working a full-time job during the day got her started, and the business has grown organically since then.

However, she did benefit from a kitchen incubator movement in middle Tennessee. “The timing was perfect,” says Java, “because Nashville started to rent out commercial kitchens to people like me who had a recipe in mind and wanted to develop it into a brand and sell it.” The kitchen she works out of  is through a non-profit called Conexión Américas, which runs a program called Mesa Komal. Mesa means table in Spanish and Komal means community in Kurdish, so it’s a hybrid of two different cultures. “It’s a shared space, a great collaborative environment,” says Java. “We have caterers, bakers, and packaged foods entrepreneurs like myself.

Always on the lookout for trends in the marketplace, Java learned quickly that American consumers love convenience. Although she started with a standard eight-ounce container, she soon introduced a five-ounce mini container. “People go nuts over the mini because they can throw it in their lunch boxes and enjoy a fresh snack, and they don’t have to worry about buying too much.”` Java found the smaller container on the Internet. “The beauty of my job is that I can anything I want online,” she says. “I tell people that I have a PhD in Google.”

Although Java majored in business administration in college, she says that business school doesn’t prepare you for salesmanship.  “You study all this theory in class,” she says, “but you don’t understand the sacrifice it takes until you become a business owner.”  For Java, this has meant handling all the sales and distribution work personally. She handles all the sales calls herself, and often gets leads from her loyal customers.

Getting Into Whole Foods

Word of mouth is also responsible for her biggest breakthrough to date, getting accepted into Whole Foods.  Java had taken the time to learn about their requirements, but felt that she needed more time to develop her product.  But then representatives from Whole Foods approached her at a farmer’s market and told her that customers had requested her product at their stores.  They not only wanted to carry her product, but also volunteered to coach her to ensure the product launch would be successful. Java decided it was time to move forward. “It was time to grow, especially regionally, and Whole Foods could help me do that.”

Related: How to Get Your Product Into Whole Foods

Learning How to Grow

Up until this point, Java has been the proverbial chief cook and bottle washer, handling almost all jobs herself, but this year she’ll be handing off some of the challenges to experts, including package design and distribution. According to Java, “there’s a reason why people like product designers do that kind of work, and I should have let them do what they know best. The time has arrived when I need to do this.”  Instead of trying to do everything, Java sees her real job as finding dietary solutions for the busy mom who’s looking for healthier alternatives for her family, or athletes who want a post-workout snack that’s good for them. “I feel that the United States has really created a global village within itself to accommodate all these lifestyles, “ says Java, “and it’s an exciting time to develop.”

To get Hummus Chick, visit http://ilovehummuschick.com/

Java’s Advice for other Immigrant Entrepreneurs

1. Set your goals and remember that the purpose of a business is to improve your life and the lives of those around you.  Work on your goals every single day and at the same time be true to yourself and the goals.

3. Always ask questions. There are tons of people out there who have answers for what you need to know. Tons of resources. Use Google!