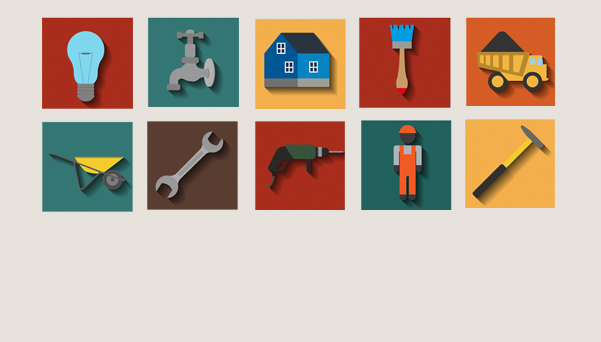 Franchising opportunities for immigrant entrepreneurs are expanding rapidly. Here’s a closer look at The Dwyer Group, which has 2,100 franchises operating across North America and system-wide sales of $1.3 billion annually.

America’s 115 million households buy more than a trillion dollars in services every year, and this enterprising franchise company has developed ten different ways immigrant entrepreneurs can get their share of the action.

A gritty New York kid named Don Dwyer bought a paper route to finance his college education, but the route became so profitable that Dwyer was propelled into a career as an entrepreneur. After a few different jobs, he founded a franchise business in 1981, Rainbow International, which specialized in carpet cleaning and dyeing. Once he refined the franchise formula, Dwyer continued to build on his success. In 1989, he added a plumbing company, Mr. Rooter, to the fold, followed by Aire Serv, a heating and air conditioning company, in 1993, and Mr. Electric in 1994 —the year he took The Dwyer Group public.

Don Dwyer died that year, but The Dwyer Group has continued to expand following the same pattern of acquiring or starting quality service companies that meet the basic needs of everyday Americans. Mr. Appliance was added in 1996, and Glass Doctor was acquired in 1998. In 2010, they started Ground Guys, which provides landscaping services, and this year, they added three new franchises, Molly Maid, Mr. Handyman, and Five Star Painting.

Today, this robust collection of service companies operates under the direction of Dwyer’s daughter, Dina Dwyer-Owens, Co-Chairman of The Dwyer Group.  The company has 2,100 franchises operating across North America and system-wide sales of $1.3 billion annually.

People are attracted to our businesses because they can relate to them. They’re needed services, repetitive services and…they’re not capital-intensive businesses.

Although the universe of franchise opportunities is larger than ever, The Dwyer Group continues to have great success attracting candidates to its companies.   The reasons are simple, according to Robert Tunmire, Executive Vice President. “People are attracted to our businesses because they can relate to them,” he says. “They’re needed services, repetitive services and they deal with a broad customer base. People just naturally connect to our brands. And they’re not capital-intensive businesses.”

Historically, Dwyer Group franchisees come from one of three categories:

Dwyer Group was on Under Cover Boss – Watch Here

The Dwyer Group claims many immigrant entrepreneurs among their owners, including some of their most successful franchisees, and while some are biz-op franchisees, some are also startups, having worked in a similar industry in their country of origin. Perhaps they were electrical engineers in India or Pakistan, and chose to purchase a Mr. Electric franchise because of their familiarity with the industry. The Dwyer Group has had very positive experiences with immigrant entrepreneurs because of their work ethic, Robert Tunmire says. “The immigrants, typically, come here and they’re all in; they’ve got to make it work. So they apply themselves pretty diligently.”

The Role of a Franchisee

In most of the Dwyer Group brands, the franchisee is not going to do the hands-on work; they’re supposed to recruit employees that have the technical expertise. The franchisee’s role is to execute the marketing system, and recruit the team and lead it. In some cases, such as plumbing and electrical, workers are required to be licensed. “With most of our franchises, we really don’t want our franchisees touching the tools,” says Robert Tunmire. “We want them working on the business, not in it. We’re not creating technicians; we’re creating business people.”

With most of our franchises, we really don’t want our franchisees touching the tools. We want them working on the business, not in it.

A Day in the Life of the Franchisee

The key to profitability in a Dwyer Group franchise is making sure your teams in the field are organized and efficient. So the first order of business in the morning is meeting with the crews before sending them out on the road. Once the crews are out, the franchisee will spend the day marketing the services of his franchise, keeping in touch with customers, and during the course of the day he’ll be checking in with his teams in the field, making sure that things are running smoothly.  Once the crews come back in to headquarters, the franchisee makes sure that all work was finished appropriately and that the day was productive.  As Robert Tunmire stresses, the Dwyer Group franchises are not overly complex to run.

Dwyer Group franchises are very price competitive. The average franchise fee is roughly $43,000, there’s a 7 percent royalty and a 2 percent national advertising fee assessed against revenues.  Unlike many franchise operations, the Dwyer Group can finance up to 70% of the franchise fee in-house. However, franchisees will still need to have liquid assets in the neighborhood of $70K to $100K, which represents the necessary working capital for marketing costs and operations until the business is cash positive.

Once someone becomes a franchisee, they are assigned to a “surestart coordinator” to guide them through the process, which includes training, and learning how to become a successful businessperson.  Each brand has a president, a VP of operations, and a franchise consultant. And each franchise consultant works with a group of 30-40 franchisees. Their goal is to help that group execute and grow the business.

The Three Keys To Profitability

How long does it take to be “in the black” with a Dwyer Group franchise?  It varies widely depending on how the franchisee executes the system, but typically, it takes six months to a year, according to Tunmire. “The immigrants, typically, come here and they’re all in; they’ve got to make it work. So they apply themselves pretty diligently.

There’s really no secret to this. It’s working hard, working smart, and executing the business model.

There’s really no secret to this.

As we say, don’t fight it; follow it. It’s human nature; we tend to do what we want to do, not what we should do.”

Although the Dwyer Group now has ten brands, they are always looking for businesses that fit within the niche they’ve carved out, which is neatly summed up in their slogan, “Leading The Service Industry.” Robert Tunmire adds, “Our focus in the short term is to really grow our existing brands out and make sure that we are the dominant player in the marketplace, if not “the” in each category, surely one of the top two.”

Franchises Open the Doors for Immigrants

What’s the Best Franchise for You

I want to read more about this business, it’s inspiring to know real success can be achieved!

There are so many franchising opportunities available, this is very eye opening for someone like myself thinking about how to get my own business…

there are so many businesses in the Dwyer group, had no idea this is very helpful information, thank you!

the services industry does seem like it’s flourishing and that won’t change anytime soon, so smart…