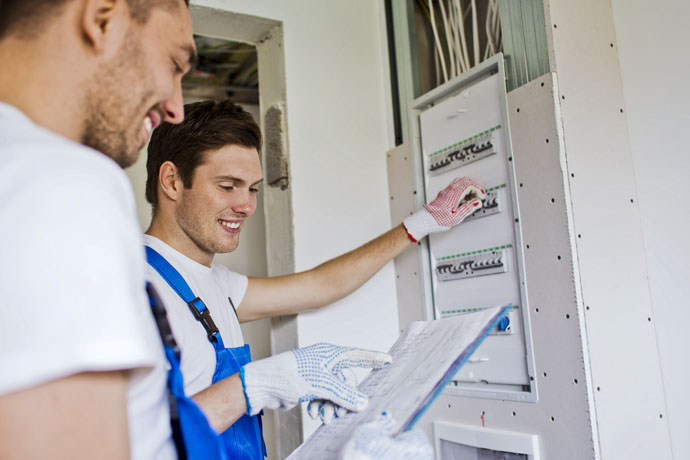 Learn how a kid from New Jersey turned his after school job installing burglar alarms into a multi-million dollar security and home entertainment business.

Most Jewish boys save their bar mitzvah gifts for college tuition, or a trip to Europe, but Gary Leff took his money and financed a security business now worth $4 million a year. He got his start working part-time with a cousin who owned an alarm company, but when the cousin went bankrupt, Leff, then a senior in high school, decided to launch his own business. “I saw what my cousin was doing wrong,” Leff explains. ” He was using every brand of equipment, and he never had the right parts on hand.”

I saw what my cousin was doing wrong; he was using every brand of equipment, and he never had the right parts on hand

Get Your Foot in the Door With Big Customers, Then Prove Yourself!

For his first couple of years in business, Leff was a one-man operation working out of his house. He mostly installed alarms in the homes of his friends, and in their parent’s homes too. It was a word of mouth business. But then opportunity came knocking.

Leff was having lunch with an electrician friend on a job site in New Jersey when a contractor from Texas stormed out of apartment unit, furious with a subcontractor doing shoddy work. The contractor asked if they knew any local alarm companies. Leff stood up and said, “I’m an alarm company.” The Texan replied, “If you want it, you can take over the job tomorrow.” The contractor didn’t care that Leff was just a 20-year-old kid with a truck. What mattered to him was that here was somebody who was willing to step in and fix a problem, and that the young man showed confidence. 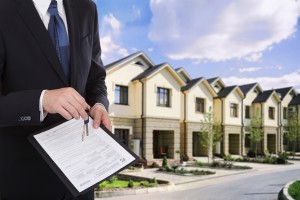 Wiring alarms systems in 1600 units was a far bigger job than Leff had undertaken before, so he put in 12-hour days to get it done, and his hard work and ambition did not go unnoticed by the contractors. When the electricians balked at doing low-voltage work such as phone and cable wiring, Leff was offered the work. Once again, he confidently took on the additional responsibilities with a can-do attitude, laying the foundation for a larger company.

When a second 1600 unit development needed to be wired, Leff got the job, along with other work being done by the contractors, and soon thereafter he began to hire his own wiring crews to take care of all the work.

We wanted to be a one-stop shop,” he says, “installing everything in the way of low-voltage systems in the home

Having established himself with the developers, Leff got other contracts such as including installing central vacuums in the housing units, and eventually, music and intercom systems, and even garage door openers. “We wanted to be a one-stop shop,” he says, “installing everything in the way of low-voltage systems in the home.”

Using this approach, G. Leff Security Systems has grown exponentially, adding more sophisticated services such as CCTV systems, and extending their reach beyond New Jersey down to Virginia and up to Massachusetts.  They no longer do garage door openers because there’s no profit in them, but they’ve made a much bigger commitment to home entertainment, installing home theaters as well as audio systems throughout the house.

Giving Back to the Community

Success provides many benefits to those who achieve, not the least of which is the ability to positively affect the lives of others.  Gary Leff lost his father to pancreatic cancer back in 1991, and like so many other people who have lost friends and relatives to cancer, Leff was not only deeply saddened, but felt helpless to do anything about it.  However, Leff’s success has enabled him to give back to his community in a significant way. Nominated as Man of the Year in 2015 by the Leukemia &Lymphoma Society, Leff’s company donates a portion of its revenue to the society, and he personally devotes his time to fundraising for cancer research.

1. Maximize Revenue From Your Existing Customers

The lesson for other entrepreneurs is classic: rather than constantly looking for new customers, examine your customer’s business and see what additional services and/or products you could provide for them.  If you’re already doing a good job for them, they’ll be more than happy to expand the relationship. What’s more, as marketing experts will tell you,  it’s cheaper to sell more to existing customers than finding new ones. Remember the 80:20 rule, 80 percent of revenue comes from 20 percent of your customers.

2. Don’t Be Afraid To Change Your Business Plan

Leff says that a major part of his success over the years has come from changing his business model 18 years ago. Instead of dealing with thousands of individual homeowners and/or condo owners, Leff found the sweet spot in the market by only dealing with rental communities and their developers. “Once we went rental, we put an alarm into every unit from Virgina to Boston for one of my developers,” says Leff.

Once we went rental, we put an alarm into every unit from Virginia to Boston for one of my developers

Why did he move to rentals only?  With rental units Leff gets paid not just for installation, which would only be a one-time charge, but also for maintaining the system, which provides him with a monthly income for each account. “We get paid for monitoring for 10 years,” says Leff. “Even if we have a slow month, we still know that we’ll have our annuity coming in.”

How to Make Your Vehicle a Rolling Billboard

While he doesn’t deal directly with retail customers, Leff prides himself on providing excellent service to individual renters and it has paid off. “I only do retail if a person moves out of one of my apartments and then buys a house.  If they call us, we’ll take of them,” he says.

Leff is also streaming the invoicing process by allowing his drivers to use tablets at the site to complete their invoices including a customer signature. “Cash flow is everything,” he says. “If the guys don’t hand in their paperwork, you can’t bill it, simple as that,” says Leff. “Years ago I didn’t have an administrative staff, and when we’d complete a job, then we’d bill it a week or two later, so that a 30 day pay cycle would become 40 days, and that’s 10 days that you don’t have use of your money. This new system really speeds up cash flow.”

This dedication to customer service has given G. Leff Security Systems a word-of-mouth business. “I’ve never advertised to get business. It’s always an existing customer base. You know, an existing customer’s daughter needs a security system or their son needs one, so they call us. That’s what we’re after. I’ve got customers that have been with me for 30 years.”

Today, Leff’ has offices in New Jersey, Virginia and Boston allowing him to service developments throughout the Mid-Atlantic and up through New England. Mission critical to this effort is the company’s fleet of vehicles, recently replaced with 14 Nissan NV200 vans.  Even though there’s a car dealership in his family representing an American brand, Leff went with Nissan for very practical reasons. “We went with Nissan because of the warranty and the reliability,” he explains. The domestic vehicle’s warranty was nowhere near the 100,000-mile bumper-to-bumper coverage that Nissan offered.  “It’s a huge difference, especially with the 40,000 miles we put on our vans every year.”

To increase efficiency, Leff’s workers take their vehicles home. They receive their work orders at night, which allows them to go directly to the job site in the morning.  The NV200s are fitted out shelving and a cage so that they carry everything with them needed to complete a job. Left also opted for state of the art navigation (GPS) and communication packages to ensure seamless communications with their offices and job sites. To reduce insurance premiums, Leff will also be adding video capabilities to the NV200s this winter.

1. Stay within your means at first. Don’t try to do 10,000 things. Instead, focus on doing four or five things really well.

2. Leverage your relationships with existing clients and look for additional applications within their businesses for your products and services.

2. Save money during the boom times to tide yourself over in lean times.  Try to keep four weeks of payroll in house to cover your employees when things slow down.

3. Make sure that you bill your clients right away. Remember, the longer you wait to invoice, the longer clients will take to pay you.

4. Give back to the community by getting involved in charities and community events.  It’s not only the right thing to do; it raises your image in the community, and helps your business grow.

An Immigrants Pipeline to Success

How to Make Your Vehicle a Rolling Billboard

Going also into the home entertainment side of the business seems to have been a smart idea, more biz opportunities there..

So glad to see an business person give back, the Leukemia society does wonderful work!

This story points out the importance of using your networks to build a reputation first, and then a business,and recognizing an opportunity and seizing it…

I like that Gary gives back to charities that he believes in, that’s true success!